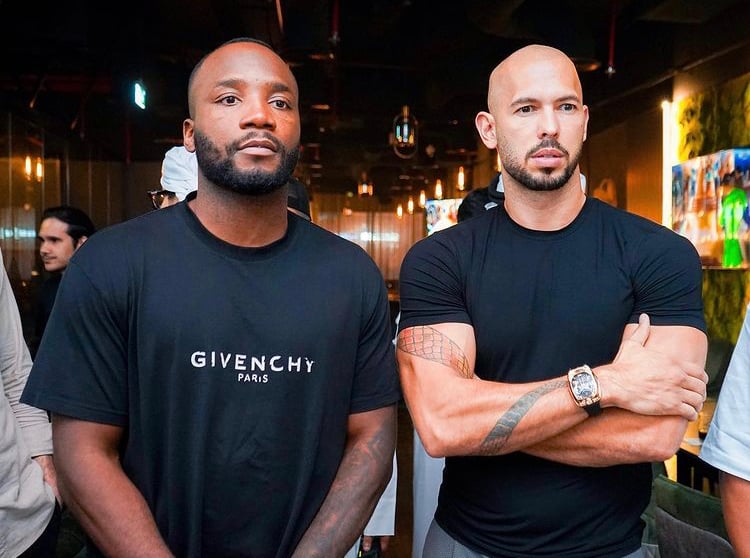 During a trip to Dubai, controversial social media star, Andrew Tate, and UFC Champion, Leon Edwards, posed for photographs together.

In recent times, both men have exploded into public consciousness, albeit for completely different reasons. Following an impressive kickboxing career, in which he became a 3X ISKA Champion and 1X Enfusion Champion, ‘King Cobra’ retired from fighting to focus on his business empire.

He’s since blown up on the internet due to his opinions on various topics, including hard work, finances and gender roles, the last of which saw him banned from platforms such as Instagram, Twitter and YouTube.

In contrast, Edwards has hit the headlines for his achievements in the cage. On August 20 at UFC 278, he made history with one of the greatest comebacks of all time. Following four rounds, in which ‘Rocky’ looked out of his depth, he managed to land an incredible left high kick to render his opponent, Kamaru Usman, unconscious and become just the second Brit to win a world title.

Subsequently, the 31-year-old has travelled the world, showing off his new belt. And during his visit to the Middle East, he crossed paths with the self-proclaimed ‘Top G’.

The pair appeared happy in one another’s company as they joined a large group, featuring Badou Jack and Tristan Tate for a series of snaps.

Renowned journalist, Karim Zidan, took to Twitter to give context to the rest of the people in the images.

He said: “Also pictured is Tam Khan, the self-proclaimed ‘pioneer of MMA in the UAE’. Tam Khan has ties to Ramzan Kadyrov and invited Irish crime lord Daniel Kinahan & Tyson Fury to visit his TK MMA gym in Dubai earlier this year. Both Kinahan and Kadyrov are under US sanctions.”