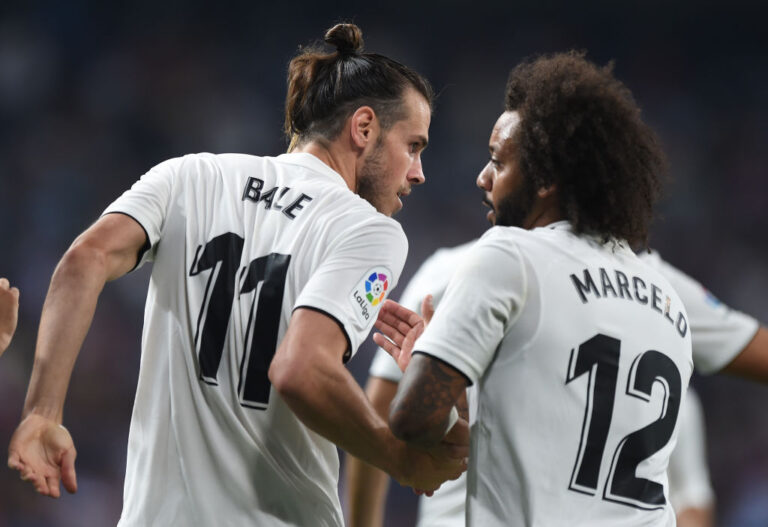 Gareth Bale, Marcelo and Isco all made giant impacts throughout their time at the Bernabeu and to honour their respective careers, Real Madrid have made a classy gesture.

Each player has earned their legendary status for different reasons, and each deserves the reward the club has given them.

Although Bale’s final few years at the club didn’t go to plan, the Welshman still produced the goods on many occasions.

The Welshman didn’t start the final of the Champions League against Liverpool, but he certainly made an impact. The game was balanced on a knife-edge at 1-1 until the forward scored a breathtaking bicycle kick. He then netted a second goal to put the game beyond all doubt.

Isco, meanwhile, joined the club almost a decade ago. He made a habit of dazzling Los Blancos fans on a regular basis. The Spaniard possessed an array of skills and fantastic ball control. He bagged 53 goals in a whopping 353 appearances, although he found game time harder to come by in recent seasons.

Outside of one season with Fluminense, Marcelo spent his entire career with Real Madrid. And with the help of a plethora of elite managers, he solidified himself as arguably the best left-back on the planet for several years. In addition, he was named in the FIFPro World XI on six occasions.

However, he became known for far more than just his defensive prowess. The dynamic full-back could blast down the wing at an alarming pace and leave defenders in complete disarray. But more than anything, he loved the club.

Marcelo leaves Madrid with six La Liga titles and five Champions League trophies to his name. He is, therefore, a true Real icon.

With all three of their times at the club coming to an end, Madrid have honoured their contributions by moving them to the legends section of their website.

This forever writes their names into the history books alongside the likes of Alfredo Di Stefano, Paco Gento and Zinedine Zidane.

Given this is an honour reserved for true Real greats, the esteem in which the club holds the three players is abundantly clear.