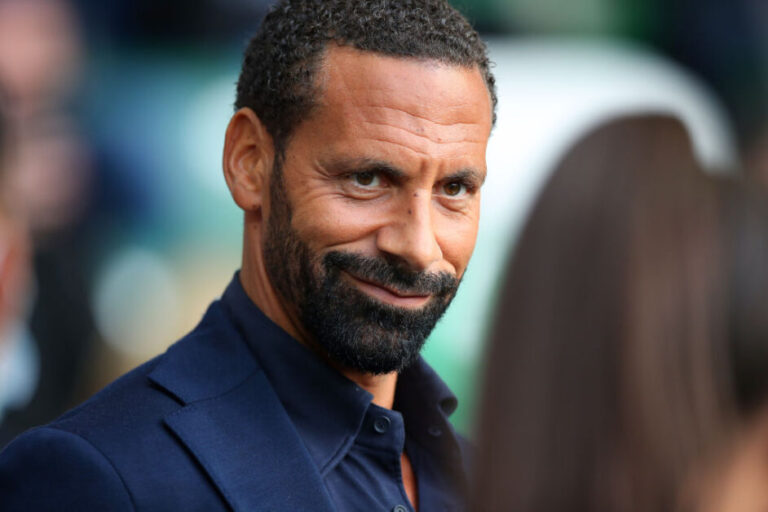 Rio Ferdinand was blown away by the return of Manchester United defender Phil Jones against Wolves last Monday.

Despite being inactive for two years due to a serious knee injury, the 29-year-old put in an impressive display during his side’s 1-0 defeat.

Although the result and performance were poor, fans still came away with at least an element of positivity due to their centre-back’s showing. Jones arguably produced a better showing than the rest of the squad and gave United fans something to cheer about on an otherwise terrible day at the office.

The Clitheroe man has received some criticism in recent years. Many fans and pundits have questioned whether he should still represent the club.

United legend Rio Ferdinand made his feelings abundantly clear regarding a new contract that Jones signed to keep him at the club until 2023.

He claimed on his Vibe with FIVE YouTube channel in August that the defender should leave the club.

But following the 28-year-old’s comeback at The Theatre of Dreams, the former United captain has now praised Jones for what he has been able to achieve in returning to action.

Following his display of heart and guts last week, Jones has more than earned the respect of his former team-mate. On the latest edition of Vibe with FIVE, the-43-year-old sung the praises of United’s central defender for his commitment to get back to playing football.

Ferdinand said: “People ask, ‘Does it really mean anything to the players?’

“That scene there, when Phil Jones finished the game and came off and heard the fans appreciating the performance and what he’s been through, singing his names and clapping him off, you saw him well up with tears.

“That emotion that came out shows you the hard graft that went on behind the scenes that we’re not privy to.”

Ferdinand also admitted he was “guilty” of jumping to conclusions over Jones in the past, and didn’t know the situation regarding his recovery from injury. In addition, he also invited his former team-mate on to the podcast for what would be a fascinating interview.

He added: “We were calling him out at times because we weren’t aware of the situation. When you don’t talk, people jump to conclusions.

“We were guilty of that, so I’d love to have him on. Seeing that emotion really puts him in a different place for me.

“I’ve known Phil for a long time. You know players that are committed, and you see the way he plays, he gets stuck into tackles. With the facial expressions he pulls, you can’t not be committed.”

On Monday evening, Jones didn’t feature in United’s victory against Aston Villa in the FA Cup. But he will be hoping to keep his positive momentum going throughout the rest of the season when he gets the opportunity to play.