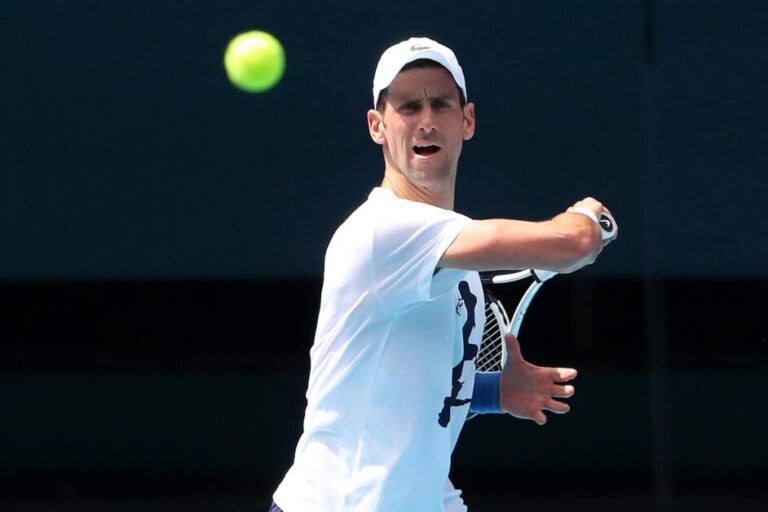 Novak Djokovic is one of the greatest tennis players of all time. He is also currently at close to the peak of his powers.

Emerging as part of a golden generation of tennis that included the likes of Rafael Nadal and Andy Murray, the Serbian has been able to outlast both players at the absolute summit of the sport. He is currently the undisputed world number one.

Djokovic’s achievements in the sport of tennis are also extraordinary. The 34-year-old has been world number one for a record 355 weeks. Furthermore, he also has 20 career Grand Slams.

He is undoubtedly one of the finest tennis players of his generation. Djokovic has lit up the court for almost two decades. In addition, he has 86 career titles in the sport. That is 23 behind the record that Jimmy Conners set. Federer, meanwhile, is on 103 titles.

However, despite all his success on the tennis court, Djokovic still divides opinion off it.

Let’s take a look as to exactly why he has not had the Covid-19 vaccine:

Why is Novak Djokovic not vaccinated against Covid-19?

Novak Djokovic has not been vaccinated against Covid-19. In recent transcripts of an interview given to the Australian Border Force, the tennis star is shown to have confirmed that he has not received the vaccine.

He has spoken out about his stance towards the vaccine on several occasions. In April 2020, before vaccines were available, he stated on a Facebook Live chat: “Personally I am opposed to vaccination and I wouldn’t want to be forced by someone to take a vaccine in order to travel. But if it becomes compulsory, what happens? I will have to make a decision.

“I have my own thoughts about the matter and whether those thoughts will change at some point, I don’t know.”

In May 2021, he again spoke out against the prospect of mandatory vaccination on the tennis circuit. However, he refused to confirm or deny whether he would have the vaccine.

He explained to Reuters: “I don’t think it’ll come to that [mandatory vaccination]. I hope not, because I’ve always believed in freedom of choice.

“I’ll keep the decision as to whether I’m going to get vaccinated or not to myself. It’s an intimate decision, and I don’t want to go into this game of pro and against vaccines, which the media is unfortunately creating these days.

“I don’t want to be labelled as someone who is against or who is for vaccines.”

Furthermore, told Serbian newspaper Blic in October: “It is a private matter … that is an immoderate question. Too many people today allow themselves such freedom to ask things and condemn a person.”

Novak Djokovic’s decision not to be vaccinated against Covid-19 has been the root cause of the news story trending across the world.

In October, the Australian government announced that to play in this month’s Australian Open, each player had to be fully vaccinated.

On January 4, Djokovic confirmed that he had an “exemption permission”. That meant he would travel to Australia and play in the first Grand Slam of 2022.

Upon arrival in the country, however, he was detained by airport officials. His visa was also denied.

That detention lasted until Monday, before he won an appeal against the decision to rescind his visa.

Djokovic is now back in training ahead of the tournament. The Australian Open begins with the first round on January 17, and Djokovic will enter as the number one seed if he can play.

Secondly, the Serbian would be defending the title he won last year.

However, as per Sky News, the drama may not be over just yet. The immigration minister can reportedly still decide to cancel Djokovic’s visa, and at the time of writing, no decision has yet been made.

The governing body of tennis, the ATP, has urged all players to get the Covid-19 vaccine.

In the next few days, we will no doubt find out more as to whether or not the 34-year-old will be able to play in the first Grand Slam of the new year.