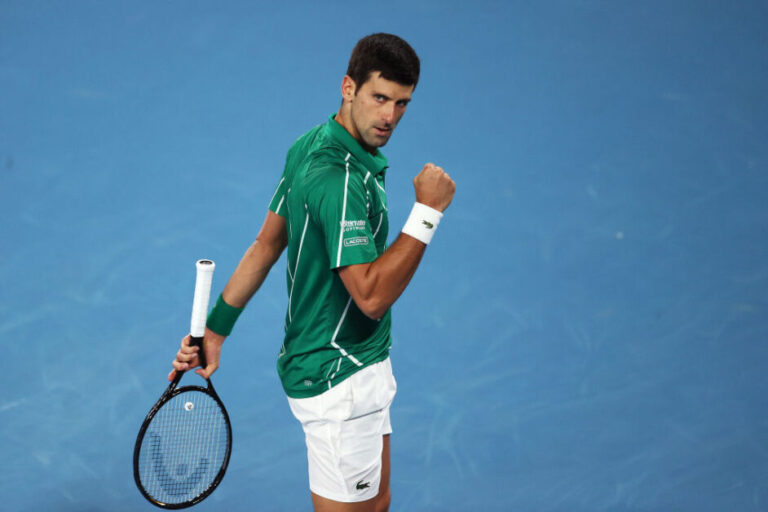 As one of the best tennis players in the world, every single aspect of the life of the Serbian star is closely scrutinised. Djokovic is no stranger to the spotlight. Born in 1987, he turned professional while still underage. It would only take him four years to crack the ATP top three and just five to win his first Grand Slam.

Almost 20 years after Djokovic’s debut, his career achievements are unparalleled. He has won the most Masters in tennis history, his 37 titles giving him a slight edge on Rafael Nadal’s 36. That includes six Wimbledon victories and nine Australian Open titles.

Longevity and stability set Djokovic apart from other tennis players: no one else has been at the top ATP spot for as many weeks as he has. The Serbian has spent a hair-raising 355 weeks as number one, well over Federer’s 310.

Only a handful of athletes have dominated their sport for 20 years. Once everything is said and done, Djokovic will belong to an exclusive club featuring Cristiano Ronaldo, Tom Brady, and LeBron James.

The common denominator? They all follow their strict diets to the letter.

Talent alone is not enough to make it to the top – at least not if you want to stay on top. Most of the time, the difference resides in nurture rather than nature. Well aware of this, Novak Djokovic has spent the better part of his career taking extreme care of his body.

It wasn’t always this way. At the start of his professional stint, Djokovic was a lanky boy whose physique hindered him from truly competing against Federer and Nadal.

Up until 2007, Djokovic suffered from unknown respiratory issues. The Serbian star would arrive visibly exhausted at the final sets, and his ranking suffered.

Djokovic tried several treatments to no avail. But then he met Doctor Igor Cetojevic.

Cetojevic is directly responsible for Djokovic’s physical transformation. The specialist in energetic medicine advised Nole to cut all dairy, gluten, and refined sugar from his diet.

But that wasn’t enough. A few years after his first dietary change, Djokovic decided to take another drastic turn. He would limit himself only to plant-based products to accelerate his recovery times.

What kind of vegan food does Novak Djokovic eat?

If you’re picturing the number one tennis player in the world munching on a vegan McDonald’s burger or having some Linda McCartney sausages, please think again.

As expected, Djokovic’s diet is extremely healthy and natural. It mainly consists of fruit and vegetables: His breakfast consists of warm water with lemon and celery juice, followed by an algae-and-fruit smoothie to give him enough energy for training.

Novak Djokovic revealed his diet practices at a Wimbledon Press Conference in July 2019:

Djokovic’s lunches are similarly green. He’ll usually have steamed or boiled potato or sweet potato, along with some light grains such as quinoa or millet.

Is Novak Djokovic really a vegan?

Novak Djokovic has shunned the vegan label several times, claiming that he does not want to pigeonhole himself.

However, all evidence points to Djokovic being vegan, at least for the past few years. Vegan activists have indeed upheld him as a poster boy for their cause.

Nole has been more than happy to embrace this role, opening a vegan restaurant in Monte Carlo and co-producing the vegan documentary The Game Changers in 2018. Djokovic himself appears in the film talking about the ethical implications of his diet:

“It’s a lifestyle. More than just a diet because you have ethical reasons as well. Being conscious of what is happening in the animal world, and you know, the slaughtering of animals and farming and everything. There is obviously a huge impact as well on climate change.”

However, Djokovic’s relationship to veganism is more complicated than it seems at first glance. In 2013, it was revealed that he had spent millions on donkey milk, needed to make the most expensive cheese in the world.

All that donkey milk was not for personal use. It was a deal for Novak Café & Restaurant, one of his hospitality enterprises in Belgrade. Still, Djokovic’s profiting off animal products wouldn’t sit well with vegan activists.

Djokovic’s restaurants in Serbia also offer meat and animal products on their menus.