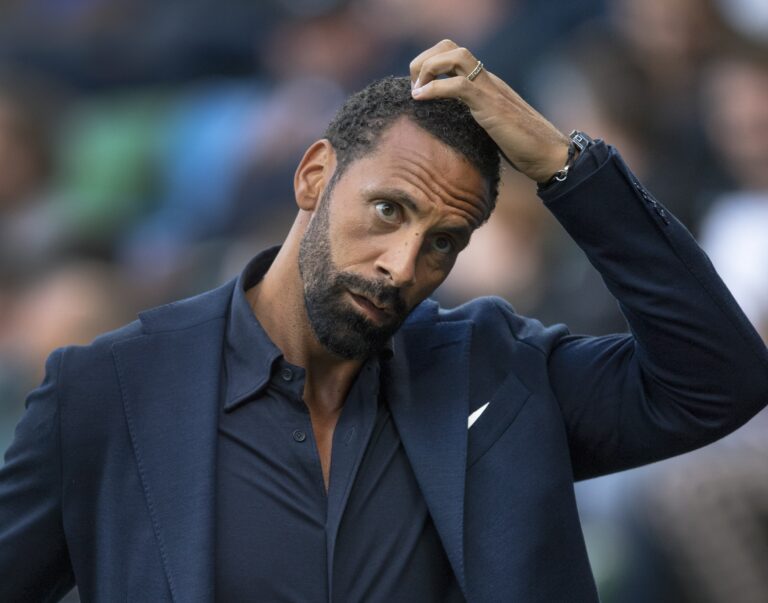 Rio Ferdinand has called Cristiano Ronaldo a “visionary” after recalling one of his visits to the forward’s house in Manchester.

Ronaldo made his return to Manchester United on deadline day in the summer, bringing to an end the 12 years he spent away from the club.

He initially joined the Red Devils as a teenager in 2003, before becoming one of the world’s greatest footballers.

United manager at the time, Sir Alex Ferguson, called Ronaldo “one of the most exciting young players I’ve ever seen”.

At Old Trafford, the Portuguese forward would help his side win the Champions League and three Premier League titles, as well as one FA Cup.

On an individual level, Ronaldo’s performances throughout 2008 earned him his first Ballon d’Or award – an accolade he would go on to win a further four times under that name.

Following the conclusion of the 2008/09 season, Ronaldo moved to Real Madrid for a then-world record fee of £80 million.

After a spell at Juventus between 2018 and 2021, the 36-year-old is now back where he established himself as one of the very best.

Former United team-mate Ferdinand has revealed details into Ronaldo’s home life, in terms of the team that surrounds him.

He told William Hill’s official YouTube channel: “He was brave to take risks, he came to another country. He was brave to become the person that he was and didn’t change really.

“He became obsessed with the sport that he chose and then drilled down into details, which was building a team around himself.

“I went round his house one time and I walked in and he had about six/seven people sitting in his front room. I said to him, ‘Cris, who are all these people, man?’

“He was like, ‘That’s my personal masseur, my nutritionist, my doctor, my physio, my chef’. He had all these people and back then no-one was doing that. He was a visionary in that sense.”