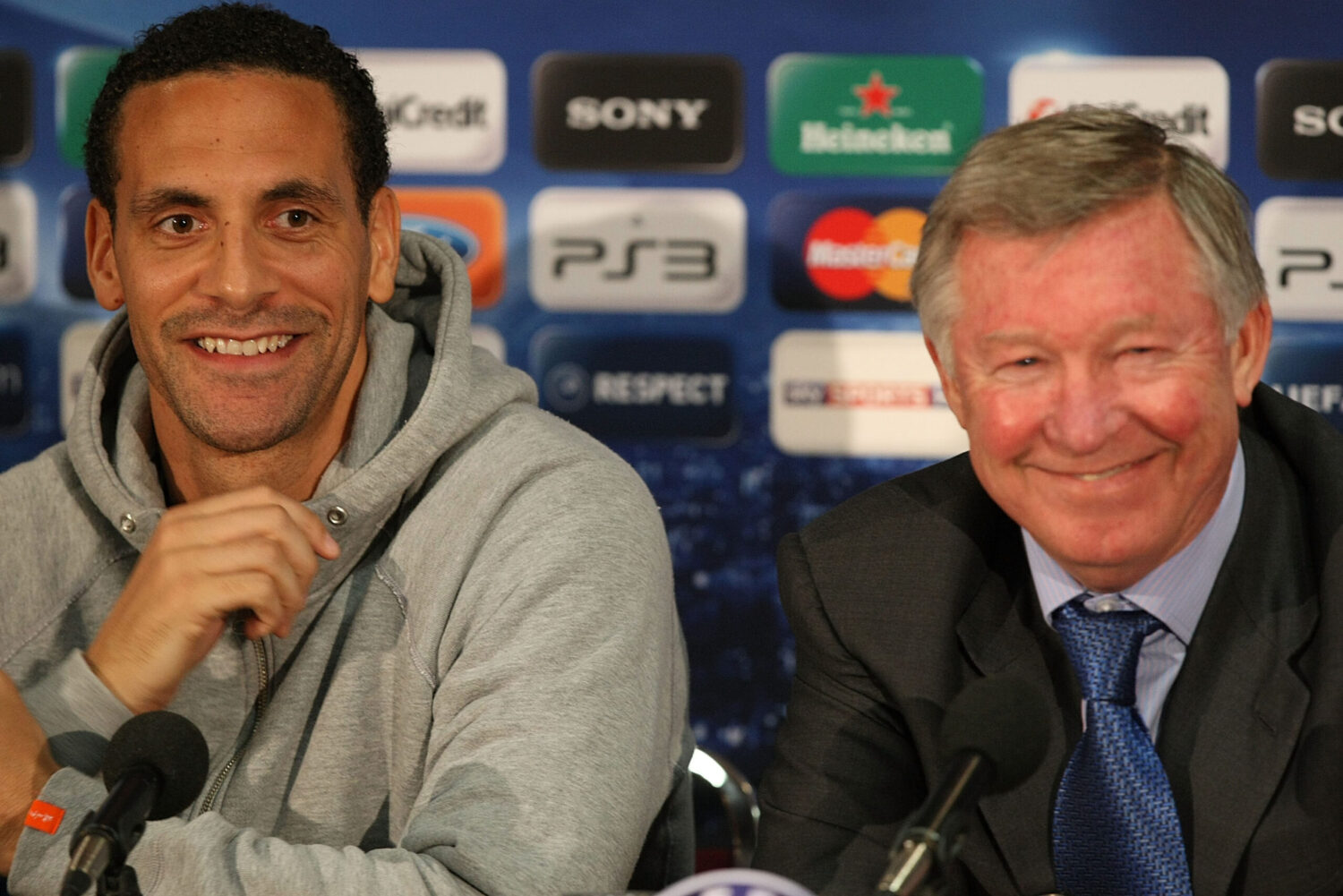 Sir Alex Ferguson’s hairdryer treatment is the stuff of legend, it’s often played down however we do still hear plenty of stories.

The whole thing most likely stemmed from the impossibly high standards he set himself and those around him. With the unrivalled success he found at United, it’s hard to question any of the methods he employed either.

Now Rio Ferdinand has recalled a story that summed up those high standards perfectly, in which Ferguson had warned him not to follow in the footsteps of Dwight Yorke, who he said had become complacent after playing an integral part in one of the club’s greatest eras.

Ferdinand said: “Dwight had won the treble a couple of years before and him and Andy Cole had been on fire up front. I was walking around the training ground with him and remember Alex Ferguson walking out of his office and saying, ‘Alright boys. Good morning!’

“We both said good morning back. I went and had breakfast with Yorkie and we headed out to training. As we were going out, Ferguson called me – ‘Rio. Rio! Come over here’.

Morning morning ☕️
Lil insight into Sir Alex & why he didn’t allow for complacency! That will be #LFC biggest test this season. ?? https://t.co/7bWlt0Rlwt pic.twitter.com/zxQlprQSYC

“It’s Alex Ferguson so the respect levels are crazy high anyway. It’s like the head teacher at school calling you over on your first day.

“I walked over and he said, ‘Do you want to be here a long time?’ I said, ‘Yeah. I want to win everything and do as well as I can, boss.’

“Ferguson then said, ‘Well the first thing you should think about doing is not hanging around with him [Yorke] because he ain’t going to be here’. Wow. I said, ‘What?’ Ferguson says, ‘He was unbelievable. He won everything but he’s got complacent now’.

“When he said that, it really hit home to me that no one is safe at this club. Dwight Yorke was walking around as the king of Manchester as he’d won the treble and had been a big part of that. But if you start letting standards slip or if the intensity is not there at the training ground, you’ve got to go. That conversation stayed with me for the rest of my career at Man United. That fear of being pushed out the door because I wasn’t as intense as I was at the beginning.”

True to his word, Ferguson moved Yorke on to Blackburn Rovers in 2002. As for Rio? He didn’t do too badly did he?