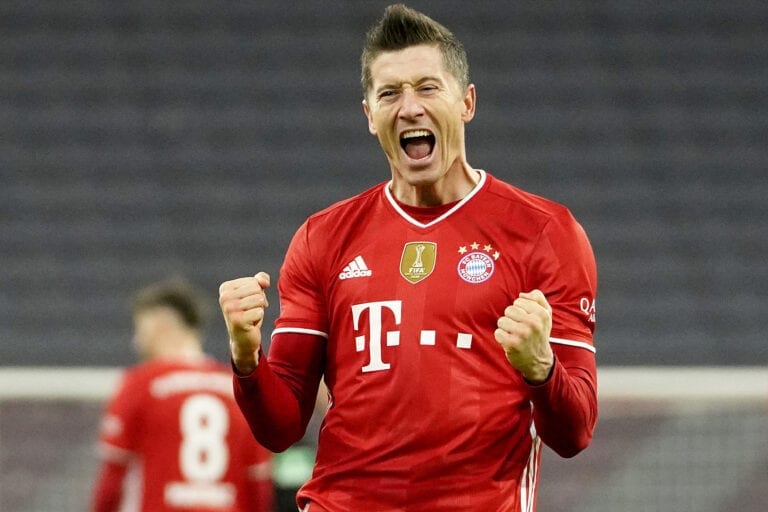 While the 2020 Ballon d’Or may have been cancelled as a result of the COVID-19 pandemic, the 2021 edition is back on and will go down in Paris on November 29. The usual suspects will take their place as the favourites amongst the rest of the nominees, including Lionel Messi and Cristiano Ronaldo, but the real frontrunner in the eyes of many is Robert Lewandowski.

The Polish striker was the favourite to win the 2020 award before it was called off and with 103 goals in 87 games across the last two seasons, as well as a Champions League win and three goals at the Euros, it makes sense for him to feel confident.

Is Lewandowski the man to beat?

In a recent interview with Marca, Lewandowski reiterated how much it would mean to be given the honour.

“The possibility of winning the Ballon d’Or means a lot to me, it makes me feel proud, if you look at everything I’ve achieved, not just this year, last year as well when they cancelled the ceremony, I’ve won a lot of titles, scored a lot of goals.

Robert Lewandowski is confident in his chances to win the Ballon d'Or ? pic.twitter.com/GwTSKlvJRR

“It would mean a lot to me to win it, having won the Champions League, the Super Cup, the Club World Cup. Breaking Gerd Muller’s record of 41 Bundesliga goals was also a big achievement, one which made me very proud and happy. Everyone can see what I have done and keep doing.

“My achievements speak for themselves because my last two years have been a big achievement, not just for me but for any player in history.”

For now, though, the 33-year-old’s focus will be on trying to help Poland reach next year’s World Cup in Qatar.