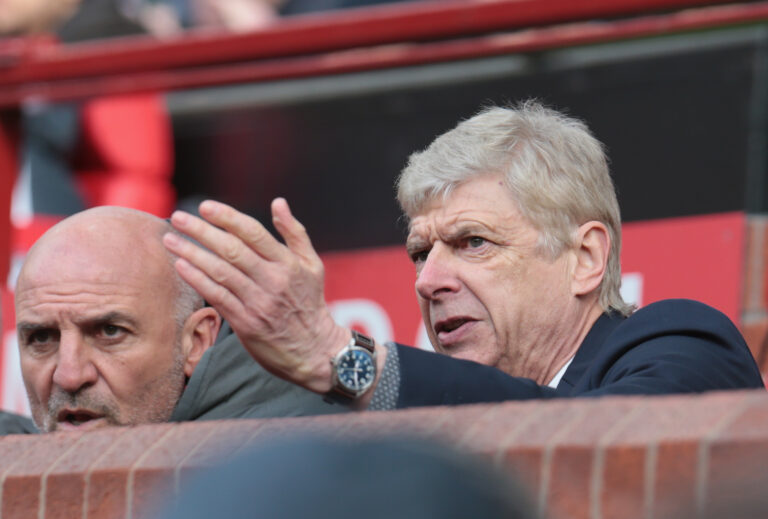 Arsene Wenger is set to make a return to management for the first time since departing Arsenal in 2018.

The Frenchman has agreed to take charge of Saudi Arabian top division sides al-Hilal and al-Nasr for a match against Paris Saint-Germain in the Riyadh Season Cup in January 2022.

The cup, which is described as a one-match tournament by Saudi Arabian outlet Al Arabiya, will see PSG take on a combined XI made up from two of the Gulf state’s biggest clubs.

Chairman of Saudi Arabia’s General Entertainment Authority, Turki al-Sheikh, confirmed in a tweet on Sunday: “The great international coach Arsene Wenger was signed to lead the stars of al-Hilal and al-Nasr against Paris Saint-Germain in the Riyadh Season Cup.”

He initially took over as manager in 1996, joining from Japanese side Nagoya Grampus Eight.

In fact, today marks 25 years since he took charge of his first game as Arsenal boss. The Gunners defeated Blackburn Rovers 2-0 at Ewood Park.

Wenger would become a revolutionary in terms of the professionalism of football, improving diet regimes, training and the general approach to the game. He quickly built an Arsenal side that could compete with – and defeat – the very best.

The Gunners won their first Premier League title under Wenger in 1998. They recorded nine consecutive league victories – including a famous 1-0 victory at Manchester United to become champions.

Wenger’s side became champions once again in 2002. After losing out to United the following campaign, the Frenchman challenged his players to go unbeaten in 2003/04 – and they did.

Arsenal became just the second side to finish an English top flight campaign unbeaten, after Preston North End achieved the feat in 1888/89.

In his later years as Gunners boss, Wenger oversaw the club’s move from Highbury to the Emirates Stadium, guided them to the Champions League final in 2006 and won a further four FA Cups.

Wenger left Arsenal at the end of the 2017/18 season. Since then, he has taken up a role as FIFA‘s Chief of Global Football Development.

The 71-year-old has been responsible for the proposals for a biennial World Cup to be staged – an idea which has been met with mixed responses from those inside the game.