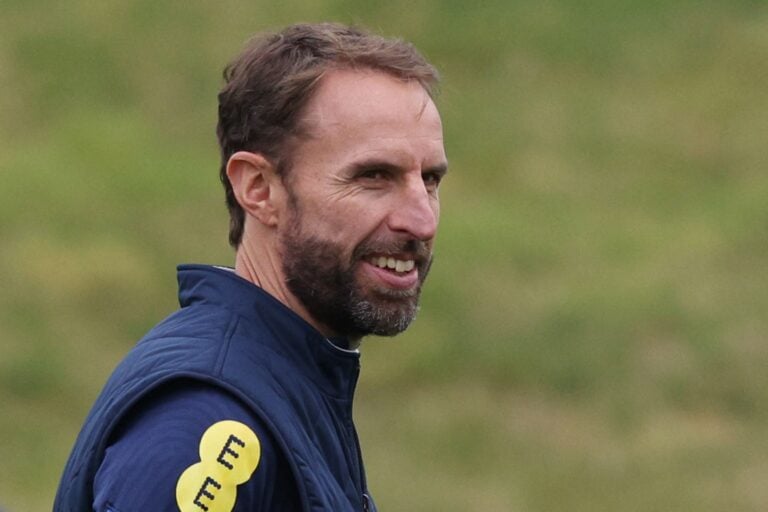 Gareth Southgate has said he “commits a crime” every time he selects an England team due to the players that miss out on the starting XI.

The Three Lions named an initial 23-man squad for this month’s World Cup qualifiers against Andorra and Hungary.

Southgate chose a relatively new-look England side for their eventual 5-0 win over Andorra on Saturday. James Ward-Prowse made his international debut, whilst Tammy Abraham, Ben Chilwell, Jesse Lingard, Sam Johnstone and Conor Coady – all of whom were either not selected or failed to play a minute during Euro 2020 – started the game.

Both Ward-Prowse and Chilwell got on the scoresheet. Johnstone’s long throw, meanwhile, provided the assist for Jack Grealish’s 86th minute goal.

With regular starters such as Harry Kane, Raheem Sterling and Mason Mount set to be in contention to start tonight’s World Cup qualifier against Hungary, Southgate looks likely to make several changes for the clash at Wembley.

The England boss has admitted that he “commits a crime” every time he picks a team – such is the competition for places within the squad.

He explained (quotes via BBC Sport): “We want the squad to feel involved. It is important they know their value and contribute; it wasn’t a friendly [versus Andorra], there were qualification points at stake and I was really pleased with the quality of the performance as well as the application.”

“I have a headache and commit a crime every time I pick a team. We have such strong competition for places. There were lots of players who did their own confidence and reputation the world of good the other day and it is pleasing to see.”

“We can’t be a team that has a day off. We want to keep consistency, and we’ve had that throughout this calendar year. Everyone has pride in putting the shirt on.”

England go into tonight’s qualifier against Hungary on top of Group F, with 19 points from seven games.

Two wins from their final three games would guarantee automatic qualification for Qatar 2022. England have not lost a World Cup qualifier since 2009, when they lost 1-0 to Ukraine.