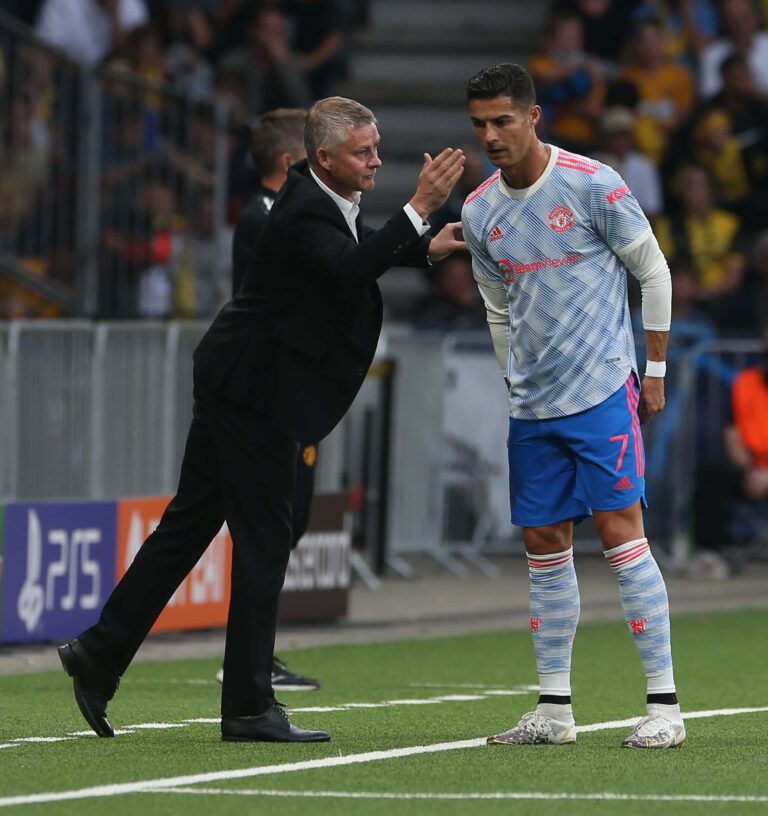 Sherwood made the surprising claim whilst speaking in an interview with Ladbrokes.

He thinks that the Portuguese icon will replace current United boss Ole Gunnar Solskjaer in the dugout before the end of next season.

Ronaldo returned to United on transfer deadline day on a two-year contract, with the option of a third year.

He has started his second spell at the club in superb form, netting four goals in his first three appearances.

The 36-year-old has never publicly stated his ambition to one day go into management, but Sherwood says it could be a path he could take – and sooner rather than later.

He explained: “I can see Ronaldo as Manchester United manager within 18 months. I think it’s OK that Ronaldo’s on the touchline and Ole’s going to have to accept it.

“If he brings him to his football club, you’ve got to know what you’re bringing in.

“It’s a completely different Ronaldo to the one who was at Old Trafford the first time around. He’s know he’s needed and if he feels like he needs to stand next to the manager and give instructions then you’ve got to let him do that.

“I’m not sure he’d be doing that with Jose Mourinho mind you, it would be very different with him still in charge, but you’d also have to ask Ronaldo why he feels it’s necessary to stand up and give some instruction in the first place.

“We’ve seen him do it on the international stage, most recently at the Euros, barking out orders.”

He then claimed: “That boy will be a manager 100%. I would have a bet on him being Manchester United manager in 18 months.

“Whenever Ronaldo finishes playing I think he will become a manager, it will be an automatic choice.

“If they win the Premier League, Champions League, FA Cup, any of those trophies, then Solskjaer keeps his job, but if they don’t win anything I think they’ve got a manager there in the making.”