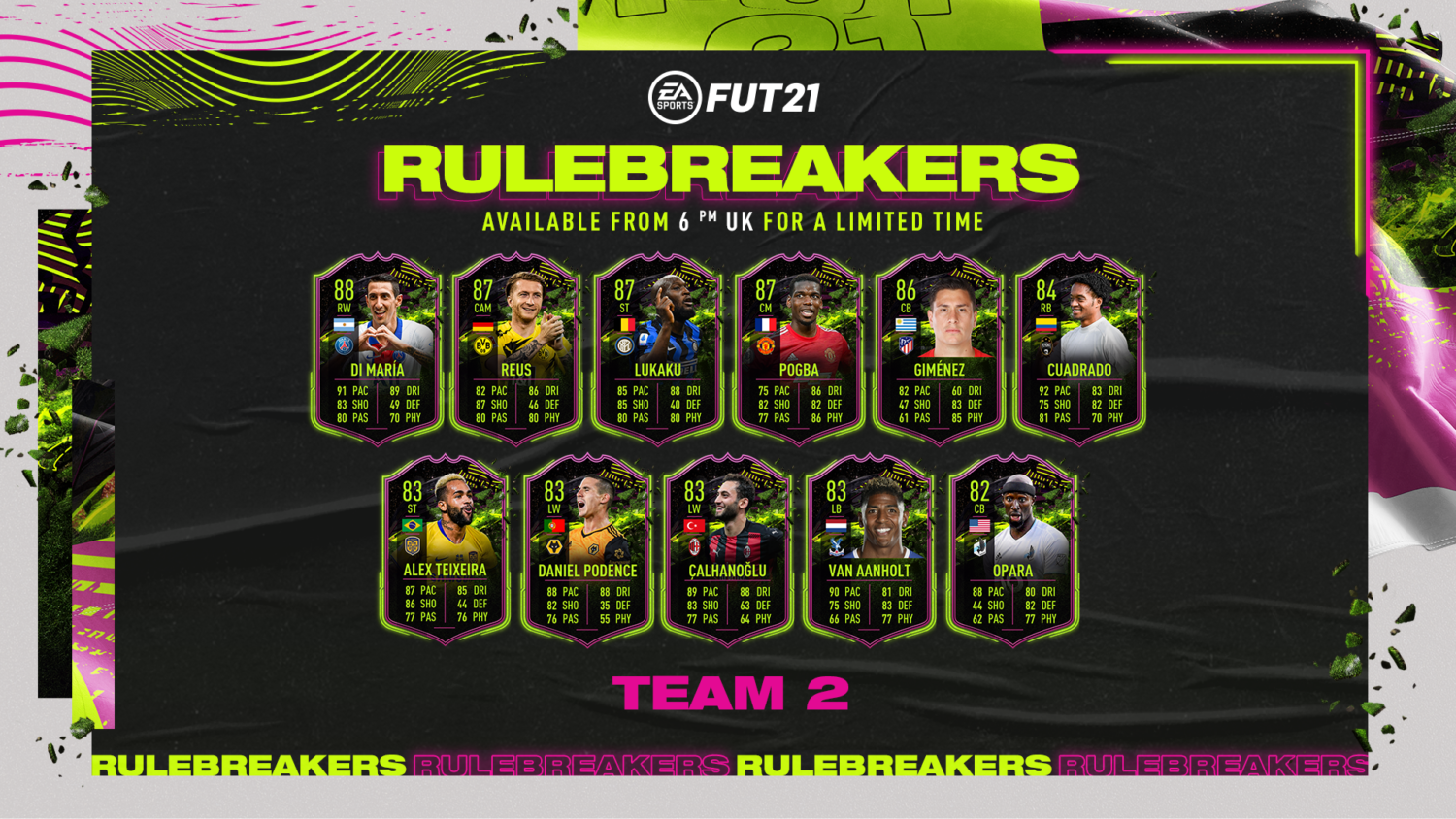 We had the first Rulebreakers team last week with 91 paced Harry Kane and a beast at the back Aymeric Laporte and now it’s time for the 2nd team.

Rulebreakers leave behind their previous styles of play and transform into different kinds of stars with game-changing stat updates.

With Rulebreaker Items this year players will be pleasantly surprised with heightened abilities in particular attributes.

Let’s take a look at the full squad:

It’s so hard to whittle it down but these are our three standout players:

Wow, I am not looking forward to coming up against this card during Rivals or Weekend League.

Only a +1 overall upgrade, but that huge defensive upgrade of 16 makes this such a well-rounded card.

His passing might have decreased to make way for it, but I can imagine the likes of Castro and others will be getting this card at the first opportunity.

Serie A hasn’t exactly been popular with squad choices this year, but that’s about to change.

A +3 upgrade overall but +3 pace, +3 defence and +6 physical makes this card very usable.

Stick a sentinel chemistry style on him and he’ll have 90 defending and 75 physical.

For those players who, like myself, have packed an untradeable Jan Oblak and can’t link him – this is the card to solve your problems.

His defending and physical stats have changed little, but that +15 on pace puts him up there with the likes of IF Joe Gomez – a card currently worth 400,000 coins.

A special shout out to Ike Opara too. A Bronze and Silver beast in the past to his Team of the Season & League SBC cards last year, he’s going to be solid as a sub for your Weekend League grind.

Though Ultimate Scream is a thing of the past, there’ll be some spooky Halloween in-game fun as well as Day of the Dead Squad Building Challenges and Objective content coming that weekend as well.