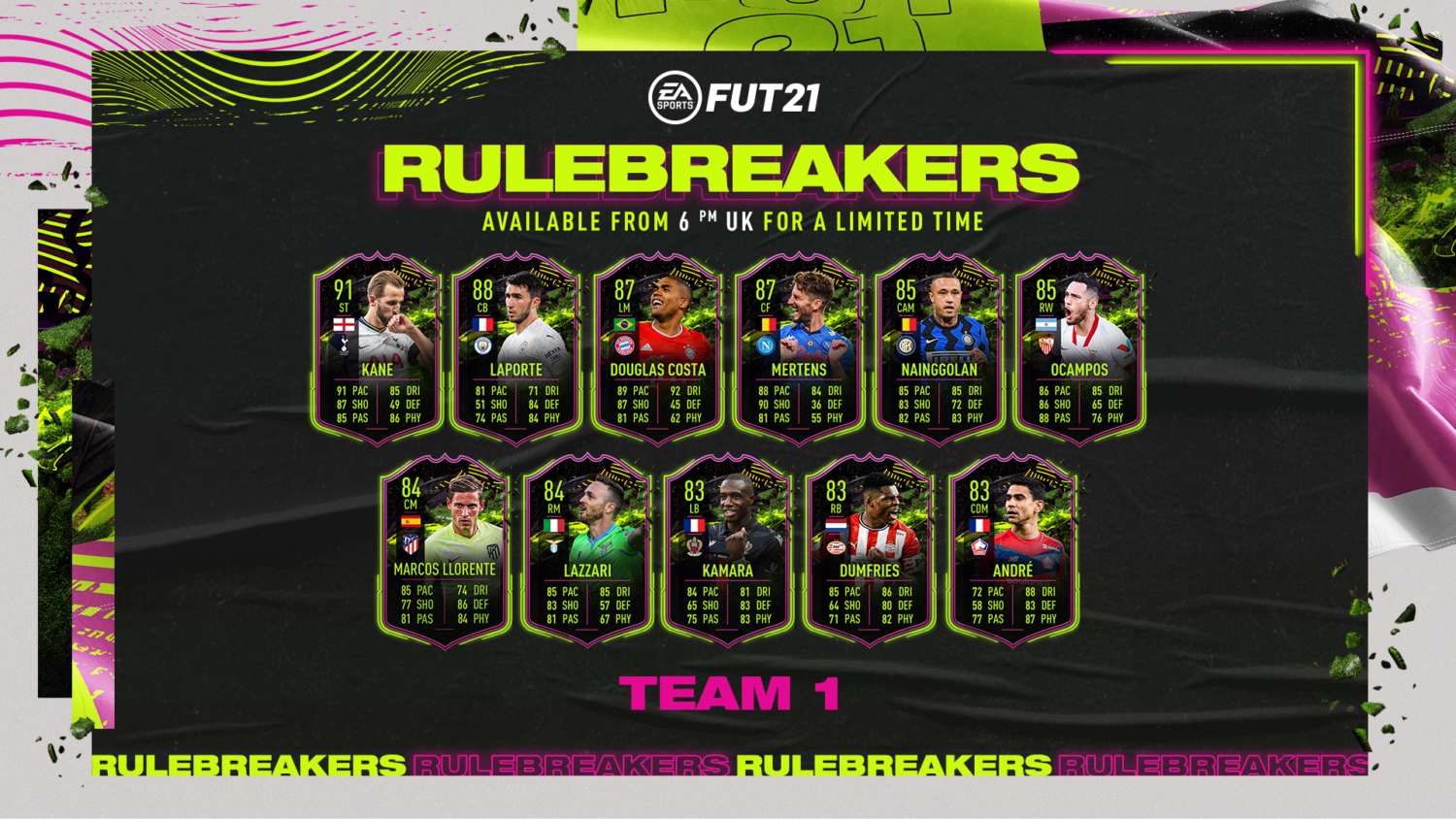 Following on from the success of the ‘Ones to Watch’ promo, FIFA21 have released the ‘Rulebreakers’ promo.

Rulebreakers leave behind their previous styles of play and transform into different kinds of stars with game-changing stat updates.

With Rulebreaker Items this year players will be pleasantly surprised with heightened abilities in particular attributes.

Let’s take a look at the full squad:

Our three standout players are:

His pace has had a +21 upgrade from his IF card, yes you read that right.

His finishing is slightly down but stick a chemistry style on that and you’ve got the perfect striker.

Fed up of seeing Raphael Varane? Now you could be coming up against him and Rulebreaker Aymeric Laporte.

It’s only a +1 upgrade from his base card but that pace has been upgraded by 18 to create a monstrous defender for your Premier League team.

His base card is one of the best super subs around at the moment, but this card is next level.

Stick a chemistry style with defensive improvements on this and you have a player with 80+ in EVERY stat.

To put that into context, 86 Ruud Gullit has less stats than him and is currently priced at 1,000,000 coins!

Team 1 is available for a limited time with Team 2 expected soon.

Keep an eye out on @SPORF for all the latest FIFA21 related news!