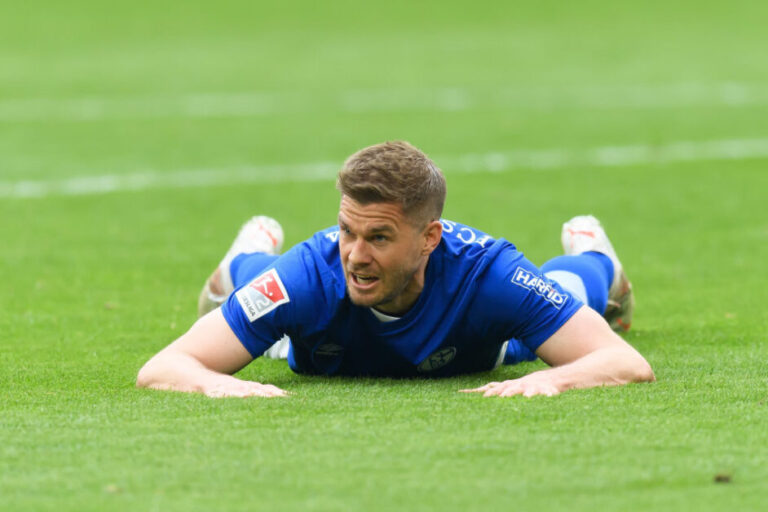 Throughout their illustrious history, Schalke have cemented their place among the greatest teams in German football. The seven-time domestic league winners have long featured at the highest echelons of their county’s football pyramid and even won the UEFA Cup in 1996-97.

But in recent times, the club has spiralled out of control. A host of financial issues and several failed managers resulted in a terrible spell of form. Last season, they went on a 30-game winless streak and eventually found themselves relegated to Bundesliga 2.

However, rather than dwindling further into the abyss, Schalke have taken the initiative and worked hard to get themselves back to where they belong. They have produced spectacular performances and currently stand atop the table, two points ahead of Werder Bremen. And that is largely thanks to the dazzling showings of their star striker.

On Friday, the German giants travelled to SV Sandhausen and engaged in an enthralling game. After 70 minutes of waiting, the visitors found the opener. However, the home side equalised with just seven minutes to go.

But after the game entered stoppage time, it looked like Schalke would have to settle for a point. Then their hero struck.

Terodde has had some sensational showings for the German side. The towering forward has terrified defenders en route to bagging 27 goals this campaign. And in the match against Sandhausen, he found a late winner to send the crowd into raptures.

After further solidifying his place as a club legend, the player attempted to give an interview to Sky Sports. But, following his wild celebrations after scoring, he appeared to have lost his voice. The harder he tried to get something out, the more bizarre the noises were that came out of his mouth. However, despite the clip going viral, we’re sure he’ll see the funny side in the circumstances.