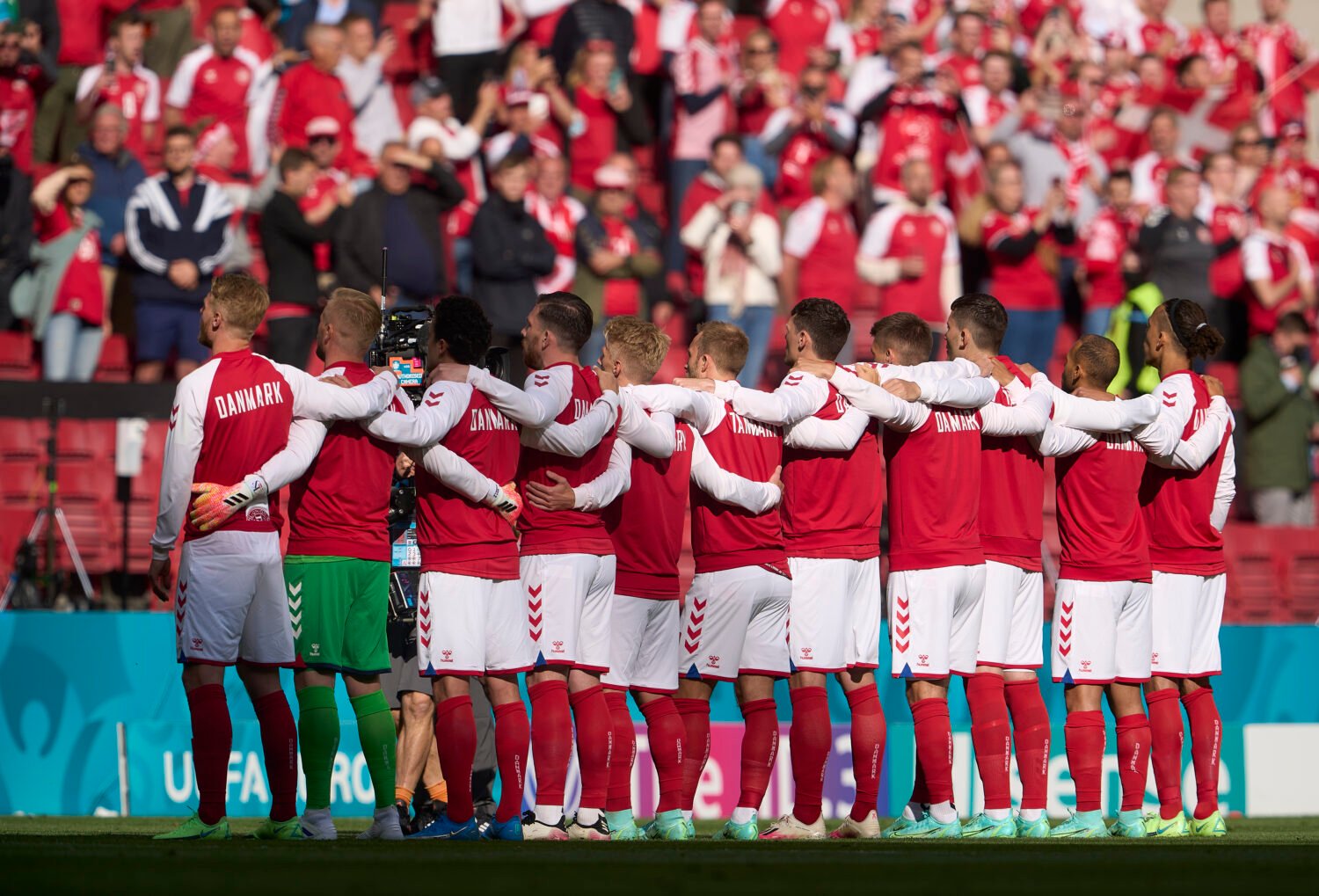 Peter Schmeichel has said that Denmark were given three options by UEFA to complete their Euro 2020 group stage clash with Finland – with one of the options a 3-0 forfeit.

The game was stopped by referee Anthony Taylor on 43 minutes after Denmark midfielder Christian Eriksen collapsed on the pitch and had to be given emergency medical treatment.

After it was announced that Eriksen was awake and stable in hospital after suffering what the Denmark team doctor later confirmed as a cardiac arrest, the game later resumed at 8:30pm local time. Finland won 1-0.

UEFA tweeted that the game was to resume “following the request made by players of both teams”.

Denmark manager Kasper Hjulmand said in his post-match press conference that it was the wrong decision to continue the game, given the traumatic scenes that occurred just hours earlier.

Schmeichel reveals options given to Denmark to complete match

This morning, Peter Schmeichel – whose son Kasper played in the game and consoled Eriksen’s girlfriend on the pitch – revealed to Good Morning Britain that the team was given three options to complete the match. One of those was a 3-0 forfeit.

He explained: “They were left with three options.

“One was to play immediately and get the last 50 minutes played. The next one was to come in yesterday at 12 noon and finish the 50 minutes.

“The third option was to forfeit the game and lose 3-0, so work it out for yourself.

“Is it the players’ wish to play? Did they have any choice, really? I don’t think they had. And as you can hear from yesterday’s press conference, the coach seriously regrets putting the players back on to the pitch.”

Denmark are next in action on June 17 when they take on Belgium in Copenhagen. They then conclude their group campaign against Russia on June 21.