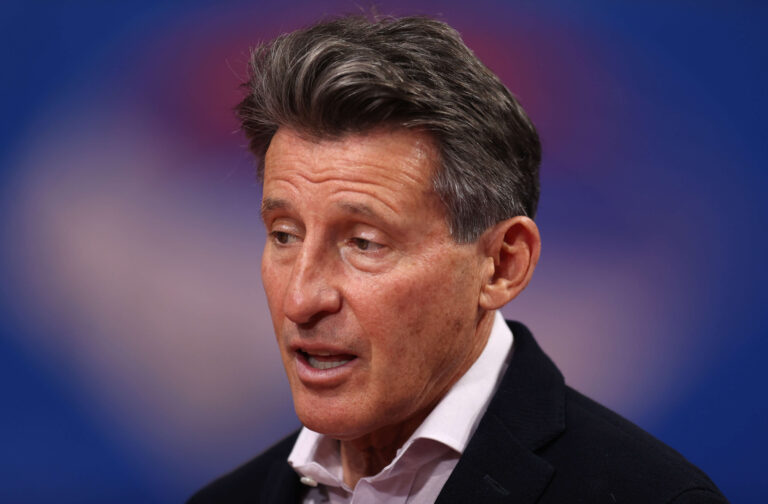 The president of World Athletics, Lord Sebastian Coe, has given his opinion on the debate surrounding transgender swimmer Lia Thomas.

On Thursday, Thomas became the first known transgender athlete to win an NCAA swimming championship in the United States. That is after she secured victory in the women’s 500-yard freestyle in Atlanta.

The 22-year-old began her transition in 2019 with hormone replacement therapy. She has followed the rules set out by Ivy League and the NCAA.

She won the race with a season-best time. Afterwards. Thomas was the subject of some opposition from protesters both within and outside the swimming facility. Some spectators from a group called ‘Save Women’s Sport’, held up banners containing the group’s name.

Some people have claimed that Thomas has an advantage over her fellow competitors. There were also posts on social media claiming that her victory was unfair.

However, writing in a column for Newsweek, Olympic silver medallist Erica Sullivan – who competed against the 22-year-old – said she was “proud to support her”.

Thomas has also been defended by the Human Rights Campaign – the largest LGBT+ civil rights organisation in the United States.

Asked about the criticism she received, Thomas replied that she tries to “focus on my swimming”.

What has Sebastian Coe said on the Lia Thomas debate?

In response to the debate over transgender athletes in sport, Lord Coe has voiced his opinion.

The two-time Olympic gold medallist told The Times of his belief that “gender cannot trump biology” when deciding whether transgender athletes are allowed to compete alongside athletes who were biologically female at birth.

“These are sensitive issues, they are societal issues. They go way, way beyond sport. I don’t have the luxury to get into endless discussions or the school of moral philosophy.”

What are the eligibility regulations for transgender competitors in athletics?

When it comes to athletics, the IAAF set new framework in 2019 for the participation of transgender athletes.

To compete in an event, transgender female athletes must show that “the concentration of testosterone in her serum has been less than 5 nmol/L3 continuously for a period of at least 12 months”.

There is a slight difference in the regulations regarding athletes with differences in sex development (DSD), meanwhile. They must show the same level of testosterone over a period of six months.

The two-time Olympic gold medallist at 800 metres, Caster Semenya, has seen her future career heavily impacted by the DSD framework. That is because she has naturally elevated testosterone levels.

It has been widely reported that the South African has an intersex condition. She was raised as a female and is legally female. To compete in IAAF-sanctioned events between 400m and a mile, however, she would have had to have taken medication to reduce her testosterone levels. According to sports scientist Ross Tucker, if Semenya had complied with the framework, then she would have run the 800m around seven seconds slower.

She refused to take medication, which she described as an “illegal method“, and lost a landmark legal case against the IAAF in 2019. She then challenged the framework at the European Court of Human Rights last year.

Speaking on the framework for transgender athletes, Coe said: “We are asking for a greater length of period before competition because the residual impact of transitioning like that is more profound. There is no question that testosterone is the key determinant in performance.”