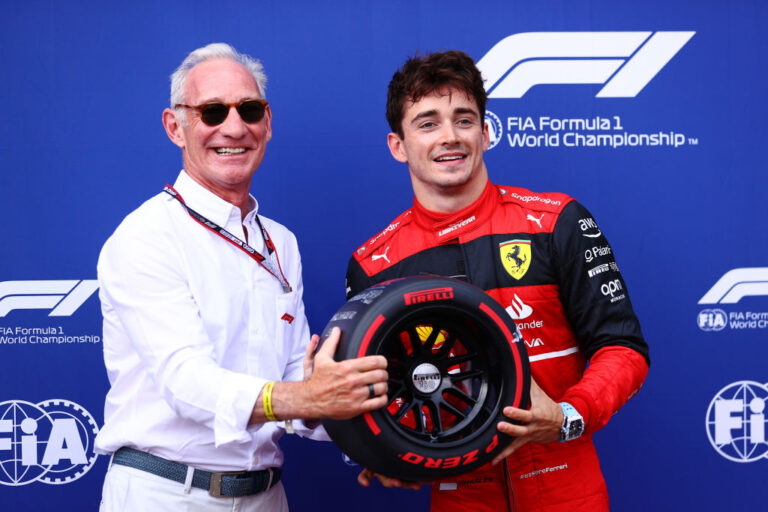 Ferrari’s Charles Leclerc will start the Monaco Grand Prix from pole position after a blistering qualifying lap – but his time could have been even better had it not been for a late red flag.

The Monegasque was in inspired form on Saturday across his home circuit. His best lap time of a 1:11.376 on his first run was enough for pole position, and he never looked like being beaten.

It is the second consecutive year Charles Leclerc has put his Ferrari on pole in Monaco. He topped the timesheets last season. However, the 24-year-old crashed after coming out of the Swimming Pool and broke his front suspension.

Although the Scuderia worked tirelessly throughout the Saturday evening and into Sunday, they could not fix his car in time for the race. Leclerc was left heartbroken.

This time around, there were no such worries for Leclerc. The Ferrari driver has been in incredible form all weekend. However, team-mate Carlos Sainz and Red Bull‘s Sergio Perez were not so fortunate.

With all drivers on their final flying laps in Q3, Perez lost control of his Red Bull coming out of turn 7. His car then slammed into the wall, rear wing first.

Although the yellow flag was quickly waved, Sainz – who was entering turn 7 – could not get out of the throttle quickly enough. He took avoiding action, but ended up spinning his car around as well and hitting the front of Perez’s car.

The resultant wreckage – and traffic jam behind – meant that the session was red-flagged. Drivers like Max Verstappen, Lewis Hamilton and Sebastian Vettel all lost out on the opportunity to improve their lap times.

Fernando Alonso, meanwhile, crashed his Alpine at Mirabeau before the red flag came out.

It was carnage in Monte Carlo – but one man managed to keep a cool head and ensure he was clear at the front.

Charles Leclerc and his Ferrari were ahead of Perez when the crash occurred, so he was well into his final lap.

TV graphics showed he was over a tenth ahead of his best qualifying lap at the end of sector 1. Leclerc then said he was four-tenths up on his best run when the red flag was shown in his post-qualifying interview.

Sector data has been published in the aftermath of the session, which shows just how fast Leclerc was actually going. And it is fair to say he was in a league of his own.

Charles Leclerc managed to record a purple time in sector 1 in his Ferrari – the fastest of anyone in the session – despite three of the mini-sectors actually being slower than his own personal best.

But it is in sector two where the pace is really shown. Leclerc’s eventual fastest lap of a 1:11.3 was the fastest any driver has achieved in Monaco this weekend. But, incredibly, the Monegasque recorded a green time – faster than his personal best – in every mini-sector throughout sector 2. In addition, he also set one purple mini-sector.

The data shows that the loser from the red flag was Verstappen. The Dutchman posted a fully green sector 1, suggesting he could have overhauled Sainz and Perez into second place with a good end to the lap. Hamilton was also on a promising lap.

But Leclerc looked unbeatable – and a time in the 1:10s would have been astonishing. The hometown hero will be hoping to show similar pace tomorrow and bring his car home to the chequered flag for a victory that would be celebrated for a long time to come.