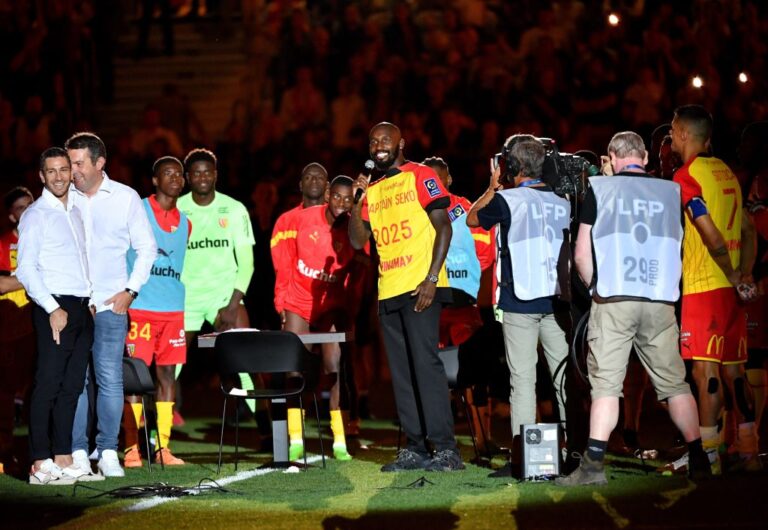 One of the club’s key players, Fofana’s decision to stay in Northern France comes after some big departures. For instance, the Ligue 1 side lost France international Jonathan Clauss to Marseille early in the transfer window.

Additionally, midfielder Cheick Doucoure swapped France for England, joining Crystal Palace. But they have managed to keep hold of Fofana, despite interest from West Ham and Sevilla.

The Ivory Coast international’s decision to stay will undoubtedly boost Lens. A former Manchester City youth player, Fofana joined Lens in 2020 following a stint at Udinese. When he moved to France, Fofana cost just £8 million – a bargain for his importance to Lens.

He has been crucial to the side, helping them to a seventh-place finish in 2021/22. Fofana was his team’s engine, playing in every single match and scoring eight times.

And the French side paid tribute to just how much they value their star with a touching contract renewal ceremony.

The club decided to announce this contract renewal after their home win against FC Lorient.

In a beautiful scene, fans illuminated the Stade Bollaert-Delelis in torchlight as a pair of club officials walked to a desk in the middle of the pitch. When Seko Fofana emerged from the tunnel, the Lens crowd all chanted “Ole-ole-ole-ole, Seko, Seko!”

Unsurprisingly, emotions consumed the club captain, who entered the pitch in tears. Fofana’s teammates then greeted him with cheers of their own. The squad jumped up and down and showered him with water in excitement.

After sitting down at the on-pitch table, the Ivorian was asked if he wanted to stay at his “home”. Fofana responded “of course”, which thus sent the home fans into rapturous applause.

The wonderful event concluded with Fofana signing his new, three-year deal and putting on a Lens shirt that read “Captain Seko 2025”. Finally, the club captain briefly addressed the crowd before receiving further adoration from his teammates and fans.

Fofana’s re-signing is further good news for the Ligue 1 side, who have had a brilliant start to 2022/23.

Currently, RC Lens sit joint-top of Ligue 1, as one of just two sides that have kept pace with Paris Saint-Germain. They started 2022/23 with a win at home to Brest before a goalless draw against Ajaccio.

However, an impressive 4-1 win at Monaco signalled the quality that the French side have available. Lens followed this up by beating Rennes 2-1, then hitting Lorient for five in a 5-2 win.

As a result, “Les Sang et Or” have 13 points from their first five games – tied with Marseille and PSG. They will hope that the good form continues when they face Reims this weekend.