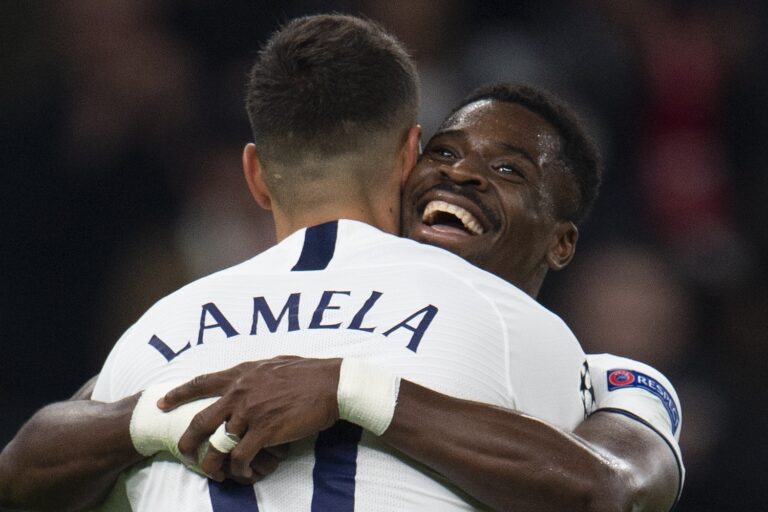 It was confirmed yesterday that Lamela’s eight-year stint in North London has come to an end after he was sold to Sevilla in an exchange deal that saw Bryan Gil go in the opposite direction. Aurier, on the other hand, has been part of the furniture at Spurs since back in 2017 when he made the move over from Paris Saint-Germain.

The pair have clearly been close friends across the last four years and in the wake of Lamela’s departure, Aurier opted to go down the route of entertainment when saying goodbye to the Argentine.

“I will really miss you little a**hole I love you my brother I wish you the best for you and your family, I will not be able to take your money to the uno, but you will always be in my heart hermano good luck”. He wrote on Instagram.

As much as his back-handed insult may entertain the masses, this also highlights just how close players can become during their time at a club. We don’t get much of a chance to see what happens behind the scenes and in the dressing room, and most of the time, fans can only base their opinions on what they see on the pitch and on certain forms of social media.

Aurier and Lamela have both regularly been subjected to criticism from the Tottenham fanbase due to inconsistency within their performances. Alas, they’ve both also been able to produce some moments of magic, especially with regards to Erik and some of the extraordinary goals he’s scored on behalf of the 2019 Champions League runners-up.

Now, however, the attention for Tottenham turns towards their Premier League opener against Manchester City on August 15.

Boca players clash with police in tunnel after VAR controversy

Boca players clash with police in tunnel after VAR controversy