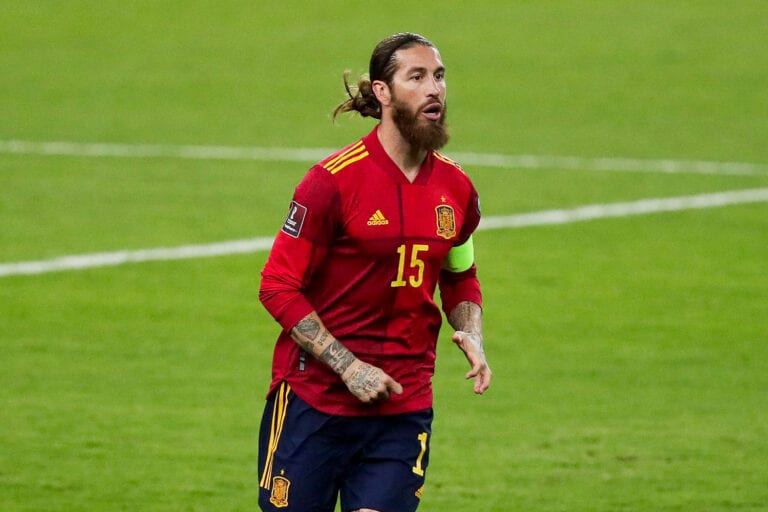 Spain announced their 24-man squad for next month’s Euros earlier today, with Sergio Ramos being the most notable omission.

The Real Madrid defender has struggled for fitness throughout the course of this season and it appears the competition has come around that bit too soon for him to prove himself.

Following the squad announcement, manager Luis Enrique insisted that Ramos’ absence is purely down to fitness, and that the inclusion of Aymeric Laporte by no means signals a permanent changing of the guard.

“The Aymeric Laporte decision has nothing to do with the Ramos situation,” Enrique said.

“[Ramos] is a top player, can help our national team a lot, plays at one of the best clubs in history.

“Please don’t mix Ramos not being in the squad with call-ups for others.

“I’d have liked him to be here, to have recovered.”

Ramos has now spoken out following the confirmation that he would miss the Euros.

After a tough few months and a strange season unlike anything I have experienced in my career comes the Euros. pic.twitter.com/U8fWjR5et5

“After a tough few months and a strange season unlike anything I have experienced in my career comes the Euros.” He wrote on Twitter.

“I have fought and worked every day, in body and soul, to be able to reach 100% for Real Madrid and the national team but things don’t always work out the way we’d like.

“It pains me not to have been able to help my team more and not to play for Spain but, in this case, the best thing to do is rest, fully recover and come back next year like we’ve always done. It hurts not to represent your country, but I have to be honest and sincere.

“I wish all my teammates the very best of luck and I hope we have a great Euros. I’ll be another fan cheering on from home. A big shout to everyone and #VivaEspaña and #HalaMadrid always!”

Spain will get their Euros campaign underway when they meet Sweden on June 14.