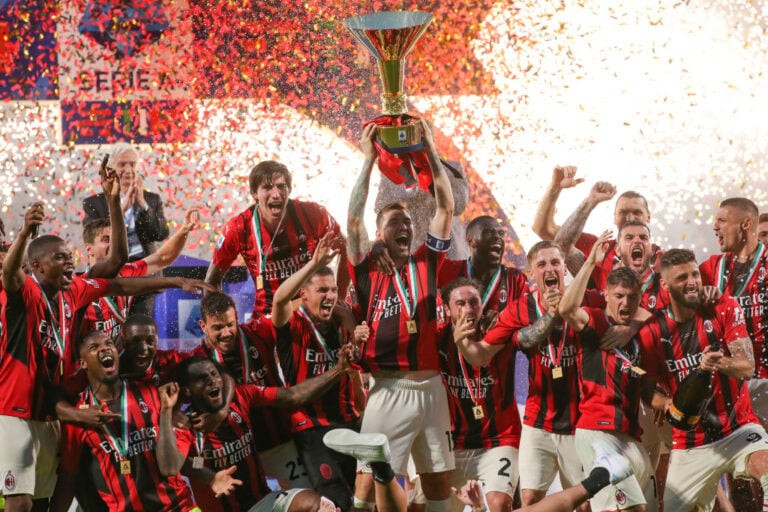 In an interesting turn of events, the FIGC has made alterations to the Serie A title race which could give fans an unmissable title play-off.

With the rejuvenation of Italian giants, AC Milan, the Italian league has returned to its brilliant best. Their incredible season angered rivals Inter Milan, and with Paul Pogba returning to Juventus, the 2022-23 campaign looks set to provide thrills, twists and outright entertainment.

But if any further drama was necessary, this modification of the rules may provide it. With the changes officially confirmed, fans are in for a treat.

If the two top teams in the table finish on the same amount of points, they will then compete in a one-off match to decide the outright Serie A champion. But how will it all work?

How will the Serie A title play-off work?

After pushing for the idea, Federation President Gabriele Gravina finally had his plan approved on June 28 at a meeting of the Federal Council. He wholeheartedly believes that the concept will make the title race even more nail-biting than it already is.

The match wouldn’t feature extra time, meaning that, if 90 minutes of action can’t separate the sides, a penalty shoot-out would decide the Scudetto.

However, as per Football Italia, this settler will only occur between the teams at the top of the table. Consequently, similar incidents further down the league will still be decided by head-to-head record.

Going forward, Gravina wants to set up a series of play-offs to crown the kings of Italy. However, there’s still one issue that doesn’t make sense. What would happen if three teams finished on the same amount of points? Would you have to do a round-robin? We don’t really know for sure, but it would be interesting to find out.