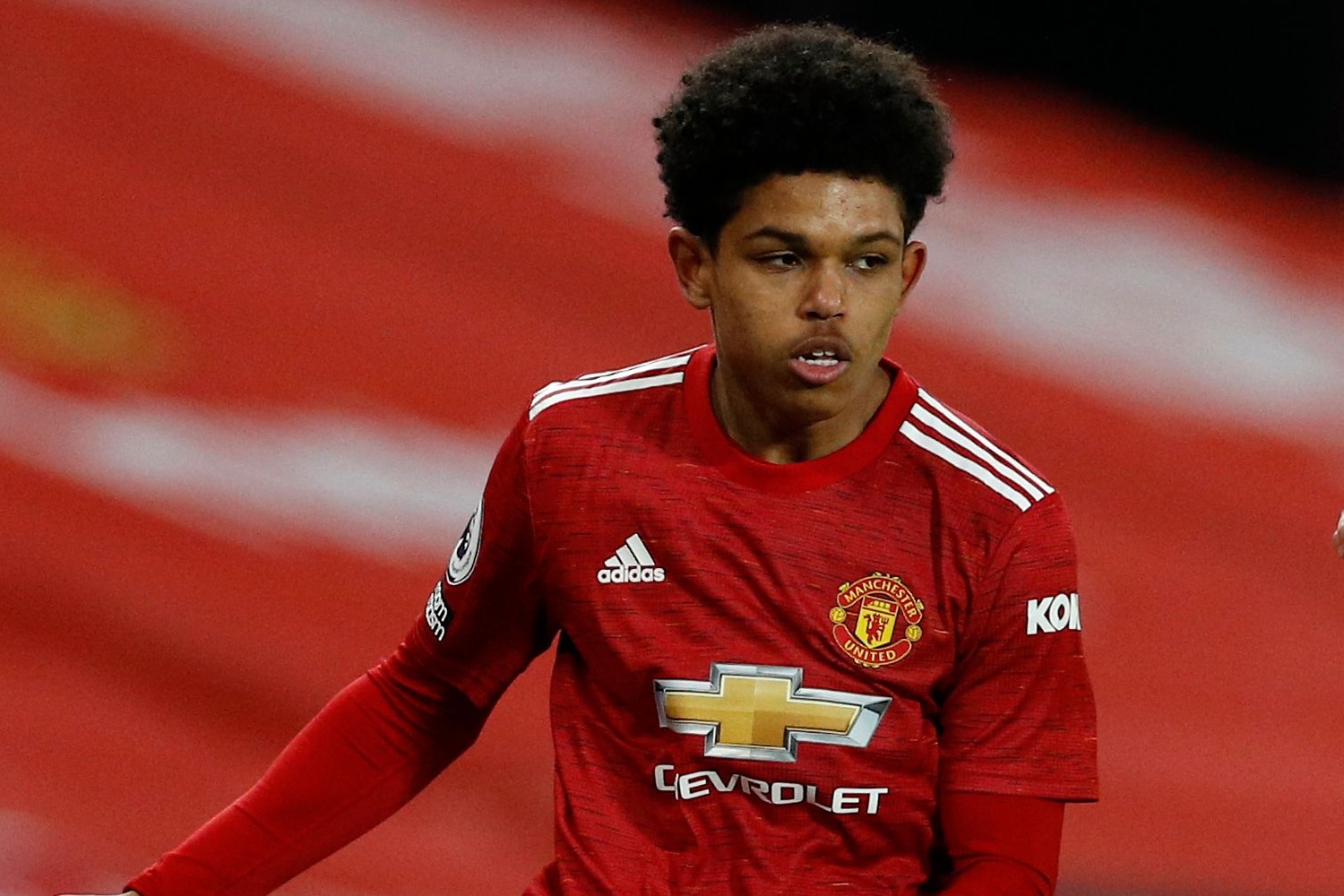 Manchester United youngster Shola Shoretire has revealed which players inspire him at the club.

The 17-year-old made headlines this weekend by making his senior debut in the 3-1 win against Newcastle United. Shoretire is the latest in a long line of prospects who has been tipped for big things at Old Trafford.

He may have only come on in the 89th minute, but his presence alone was enough of a statement from Ole Gunnar Solskjaer, that youth is central to his long-term plan. His appearance follows an inclusion in the travelling squad for the midweek win over Real Sociedad.

During an interview on the club’s official website, Shoretire spoke about what a huge moment this was for him, and the players he and others youngsters look up to.

“Everyone in the Academy idolises Marcus [Rashford] and Mason [Greenwood]. They have gone through the path we want to follow. I can learn from them.

Born in February 2004, Shoretire was just three-years-old when his current manager hung up his boots in 2007.

“Hopefully, it is just the start. I am going to keep working hard in training, keeping my head down and keeping humble and looking forward to playing more.

“Looking at people like Marcus and Mason, they have come through the same thing as I have through the Academy and it shows the coaches have been doing a really good job. It was nice to have Nicky Butt and Mark Dempsey on the bench because I have been with them in the Under 23s, helping me out. So it was good to share the moment with them.”

While a lack of trophies is a growing concern, the Red Devils have continued to excel in player development during the post-Ferguson era.

He may not be their star man yet, but based on the rave reviews surrounding him, it may only be a matter of time before Shoretire becomes a regular in the first-team squad.