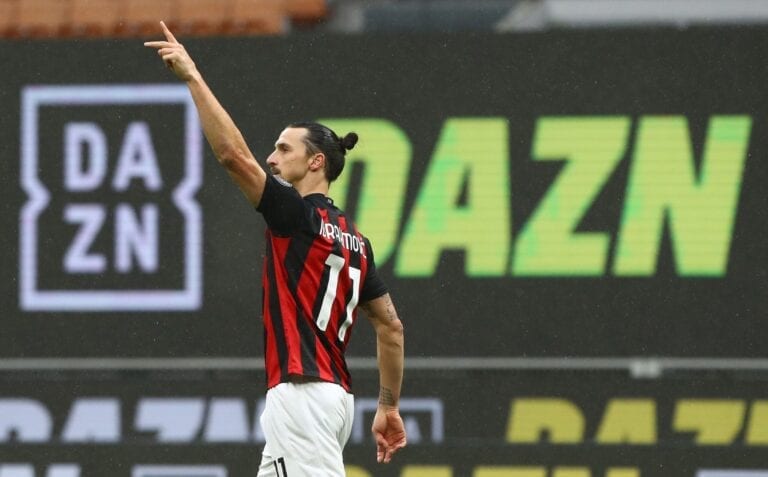 Zlatan Ibrahimovic is set to play top division football into his 40s after signing a new one-year contract with AC Milan.

The Swedish international has enjoyed a fine season with the Italian giants, scoring 15 goals in 17 Serie A appearances and returning to the national team fold.

He spent over a month out injured between November and January – which makes his achievements even more impressive.

Ibrahimovic has established himself as one of the world’s greatest strikers over the last decade. He has scored bags of goals and left an impression everywhere he has played.

His career has spanned across Sweden, Netherlands, Spain, France, England and Italy, as well as a two-year spell in the United States.

Here’s six times that Ibrahimovic went ‘full Zlatan’ throughout his legendary career, both on and off the pitch:

The first ‘El Clasico’ of the 2009/10 season was billed as the first LaLiga meeting between Lionel Messi and Cristiano Ronaldo.

In typical Zlatan style, however, Ibrahimovic stole all the headlines by scoring Barcelona’s winner.

With the second half only minutes old, he met a cross from Dani Alves, firing in a sensational volley that left Real ‘keeper Iker Casillas with no chance.

Barca won the game 1-0, and would go on to secure that season’s LaLiga title.

Every England fan remembers the goal that Ibrahimovic scored against them during a 4-2 international friendly win for Sweden in 2012.

With England pushing for an equaliser in stoppage time, goalkeeper Joe Hart rushed out of his box to head the danger clear.

But the ball travelled as far as Ibrahimovic, who produced an unbelievable 40-yard bicycle kick that went straight into the net without bouncing. Incredible.

Ibrahimovic made an early comeback from a serious knee injury in November 2017, after seven months out injured.

Although he failed to score in the Premier League after his return to Manchester United, the fact that he made a return to competitive football after such a short period was remarkable.

Zlatan gave a classic assessment of his recovery. Speaking to BT Sport, he said: “Lions don’t recover like humans.”

After two years at United, Ibrahimovic left England to move to Los Angeles Galaxy in the United States.

His announcement video wasn’t far from what you would probably expect. Above footage showing him walking alongside a lion, Zlatan captured his tweet ‘Los Angeles, welcome to Zlatan’.

It was never going to be any different, was it?

On debut with LA Galaxy, the Swede smashed in a half-volley from about 35 yards out to level the scores in the Los Angeles derby. It was his first goal in Major League Soccer.

You could maybe question the goalkeeper’s positioning on this one, but it was an incredible strike from Ibrahimovic.

Not many footballers could still be playing at such a high level at the age of 39 that they get recalled by their national team.

But Ibrahimovic has proved over the years that he is no ordinary footballer.

He heads into this summer with Euro 2020 on the horizon, and the opportunity to play football into his 40s. We’ll no doubt see some more great moments courtesy of the legendary striker.