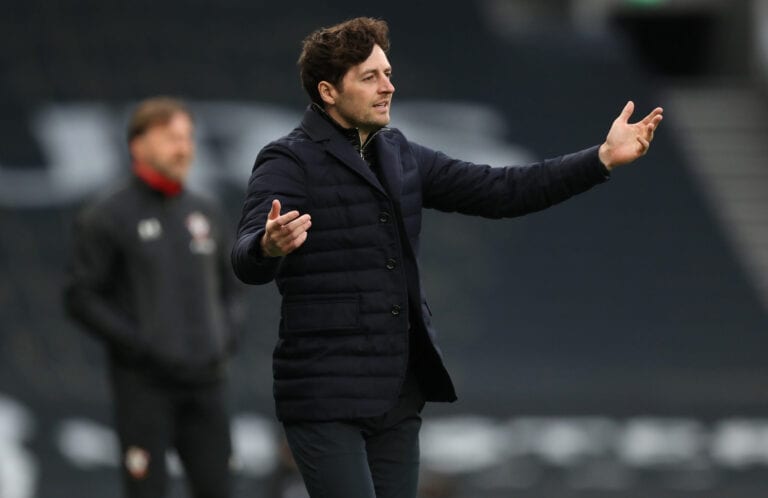 Let’s take a look at the five youngest managers ever to take charge of a Premier League game:

When Andre Villas-Boas was appointed at Chelsea manager at the age of 33 years, nine months and 28 days old, immediate comparisons were made to compatriot Jose Mourinho.

After all, both men had achieved glorious success at Porto. Villas-Boas guided the Portuguese side to an entire league season unbeaten prior to joining Chelsea, and won the Europa League. He had also previously worked under Mourinho at Stamford Bridge.

Villas-Boas couldn’t replicate the sort of results that Mourinho achieved at Chelsea, however. He was sacked after nine months in charge with the Blues adrift of the Champions League places.

Gianluca Vialli was another in a long line of Chelsea managers during the 1990s who had previously played for the club.

Ex-Blues stars David Webb, Glenn Hoddle and Ruud Gullit had all taken the job in either an interim or permanent capacity, with varying degrees of success, before Vialli was appointed in 1998 at the age of 33 years, seven months and 27 days.

He was the most successful of the quartet statistically, recording a win-rate of 53%.

Chris Coleman was 32 years, seven months and 22 days old when he took charge of Fulham for the first time in 2003.

His first test? Arsenal away.

The Cottagers were minutes away from sealing a draw in Coleman’s first game. Robert Pires scored a 90th-minute winner for the Gunners to secure a 2-1 victory.

Attilio Lombardo (pictured above on his return to Selhurst Park 20 years ago) became the league’s youngest ever manager when he was took caretaker charge at Crystal Palace aged 32 in 1998.

The Italian midfielder had joined newly-promoted Palace at the beginning of the season as a player, and went on to score five goals.

But a change in ownership mid-season led to him being given the role of caretaker player-manager for the rest of the campaign. He could not keep the Eagles up, however, and they were relegated to the First Division.

Ryan Mason assumed the title of the Premier League’s youngest ever manager when he was appointed as interim manager of Tottenham earlier this week following the departure of Jose Mourinho.

It’s certainly been an interesting first week in the job. Mason had to field questions about the Super League in his first press conference, before a hard-fought 2-1 victory over Southampton.