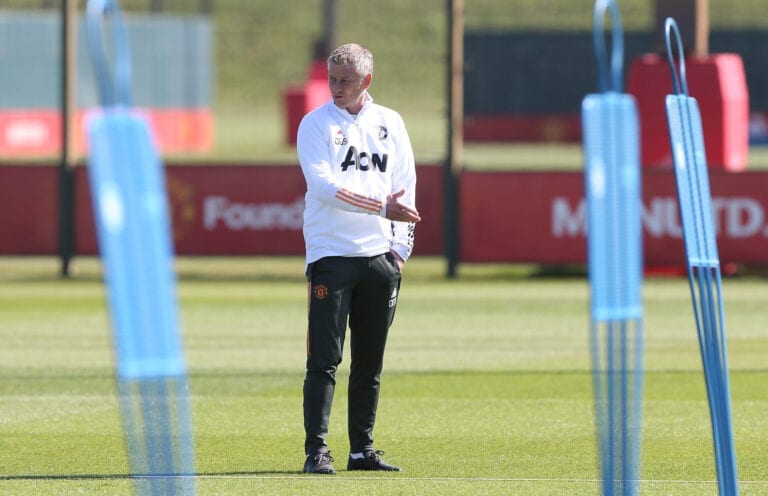 A group of fans have gathered this morning at Manchester United’s Carrington training ground, to protest the Glazer family’s ownership of the club.

It follows backlash to the United’s initial involvement in the controversial European Super League.

Along with the other five English sides involved, United confirmed they would withdraw from the competition on Tuesday evening. However, given the dire relationship between fans and the clubs’ owners, it was just another development adding to the widespread disapproval for the club’s hierarchy.

A number of fans had gained entrance to the complex, brandishing banners with “GLAZERS OUT” and “51% MUFC”.

Solskjaer, along with Michael Carrick, Darren Fletcher and Nemanja Matic opted to speak with those who had been protesting.

Breaking: Man United fans have blocked the entrance at the club's training ground in protest against the Glazers and plans to enter a European Super League.

They have made their way onto the first team pitch ?

Large portions of United fans have made their feelings clear towards the Glazer family immediately since their controversial leveraged takeover of the club back in 2005.

“In seeking to create a more stable foundation for the game, we failed to show enough respect for its deep-rooted traditions –promotion, relegation, the pyramid – and for that we are sorry.” They wrote in one line.