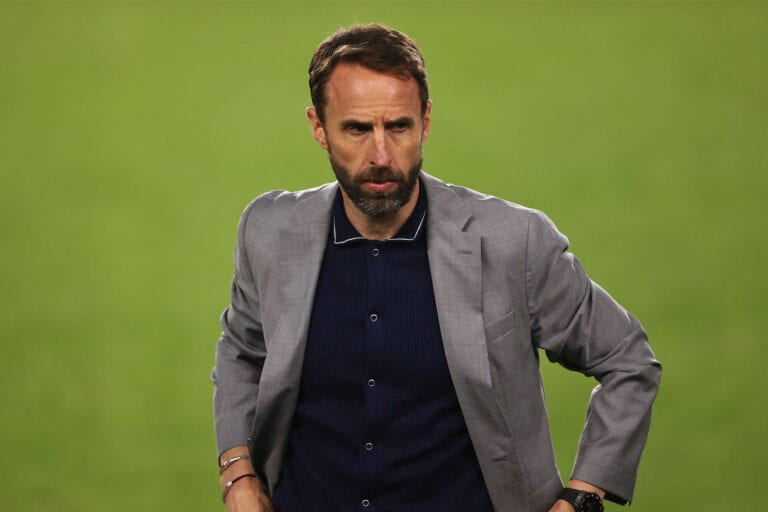 Gareth Southgate has criticised fans who booed the taking of the knee prior to kick-off in England’s friendly against Austria, and thinks that some “aren’t quite understanding the message”.

The taking of the knee – performed by both sides before the game began – was met by boos from sections of the crowd at the Riverside Stadium, before being drowned out by applause.

BBC 5 Live Sport commentator John Murray said he was “quite taken aback” as to how loud the booing was.

Taking of the knee has taken place before Premier League matches since the league resumed after the COVID-19 enforced suspension in June 2020.

When asked about the incident in his post-match press conference, Southgate said: “It’s not something on behalf of our black players I wanted to hear because it feels as though it’s a criticism of them.

“I think we have got a situation where some people seem to think it’s a political stand they don’t agree with. That’s not the reason the players are doing it. We’re supporting each other.

“I was pleased that was drowned out by the majority of the crowd.

“We can’t deny the fact that it happened. I think the most important thing for our players to know is all their teammates and all the staff are very supportive.

“I think the majority of people understand it. I think some people aren’t quite understanding the message. I suppose we’re seeing that across a number of football grounds at the moment.”

Bukayo Saka scored England’s only goal during their 1-0 win, and said after the game that he “didn’t understand” why fans booed the taking of the knee.

Southgate explains why Lingard will start tonight after not making squad

When will Southgate announce the England squad? What to expect?

Southgate explains why Lingard will start tonight after not making squad

When will Southgate announce the England squad? What to expect?