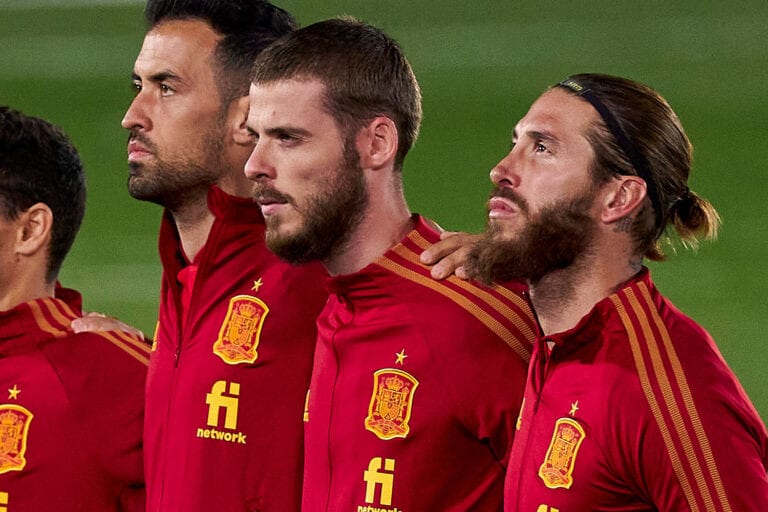 Spain have confirmed a 24-man squad for the upcoming Euros, with Sergio Ramos being the major notable omission.

Ramos has struggled for fitness throughout the course of this season, and Luis Enrique has opted against taking the Real Madrid defender to next month’s competition.

Due to the pandemic, each nation was granted an extended 26-man squad allowance, however Enrique has still opted to name just 24 players.

Manchester City’s Aymeric Laporte has been included in the Spain squad, after recently switching allegiances from France.

Enrique says the decision to exclude Ramos was based purely on his injury problems, and that he had by no means been dropped from the national setup.

“The Aymeric Laporte decision has nothing to do with the Ramos situation,” Enrique said.

“[Ramos] is a top player, can help our national team a lot, plays at one of the best clubs in history.

“Please don’t mix Ramos not being in the squad with call-ups for others.

“I’d have liked him to be here, to have recovered.”