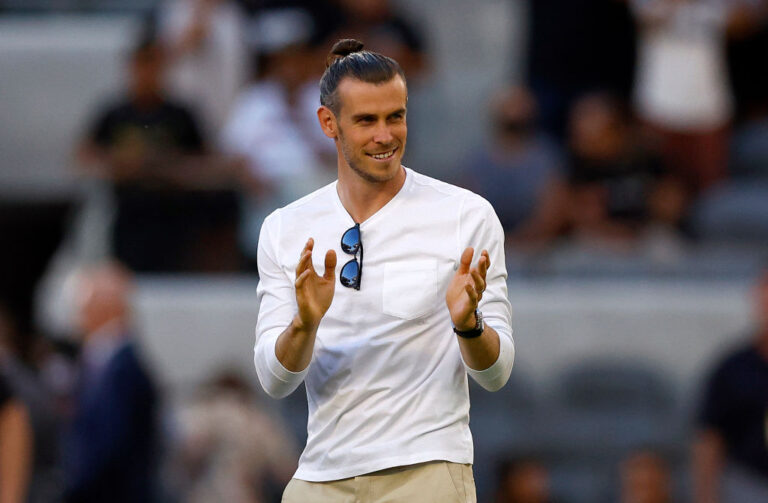 Gareth Bale riled up Spanish media by speaking in Spanish in his first interview as a new Los Angeles FC player.

Bale was unveiled as a new LAFC player this week, after much speculation around his future. Bale had been linked with the likes of Championship side Cardiff City, or even a return to the Premier League. However, he opted to move to the States to continue his career.

The Welsh talisman signed a 12-month contract with the MLS side, after his Real Madrid contract expired at the end of June.

Despite being successful in the Spanish capital – winning five Champions League trophies during his nine-year stay – he was often criticised by the media there.

Bale was always under the microscope in Madrid. It seemed as though his incredible success for Los Blancos counted for very little as far as the media were concerned, and his time at Real eventually became turbulent.

Amongst other claims, the Welshman was accused of not caring enough, and prioritising his hobby of playing golf over his football.

Famously, Bale riled up the Spanish media further when he performed a ‘golf swing’ celebration after he scored for Wales against the Netherlands.

In 2019, the attacker celebrated Wales’ qualification for Euro 2020 with a flag that read ‘Wales. Golf. Madrid. In that order.’

Bale also did not often speak Spanish in interviews. All this meant that the Spanish media were not his biggest fans.

As expected, Spanish publication Marca reported on Bale’s video. They said: “It has taken nine years to hear Gareth Bale speak Spanish well. The British player’s message is addressed to the large Latino community residing in the state of California, especially in the city where the world resides, Hollywood.

“Now Bale will be able to improve his Spanish with the Spanish-speaking community that resides in the locker room, led by Carlos Vela.”

The time frame mentioned by Marca also appears to be a dig at the Welshman. The publication also seem to be poking fun by outlining that Bale will be able to improve his language.

Bale did not have a great relationship with the Spanish media. But he will hope to build a bond with the American media during his time with LAFC.