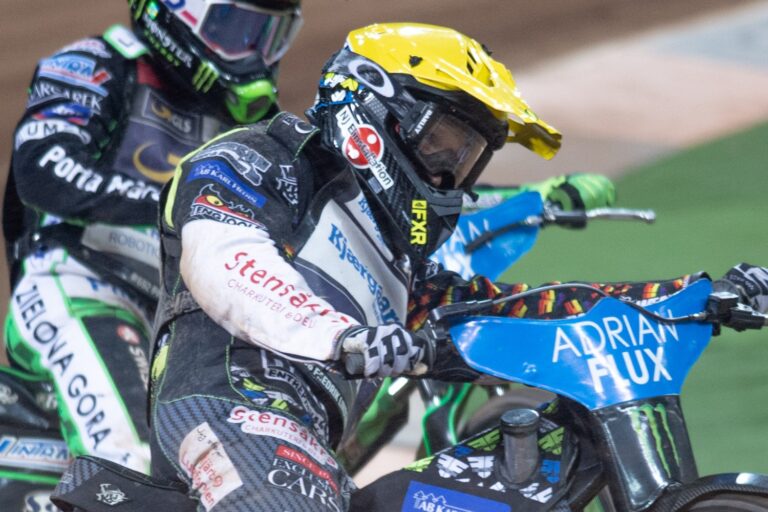 Speedway driver Freddie Lindgren somehow managed to walk away from a terrible crash at the Danish Grand Prix semi-final.

The 35-year-old is best known to UK fans for his long stint with the Wolverhampton Wolves but on top of that, he’s also considered to be one of the most exciting Swedish riders of his generation. From Elite League trophies to World Cup success the man known as “Fantastic” Freddie certainly hasn’t been short of accolades and will likely pick up a few more before eventually calling it a day.

However, his legacy almost took a tragic turn in what can only be described as one of the nastiest speedway crashes in recent memory.

Lindgren was attempting to edge up towards Tai Woffinden but after being clipped by Mikkel Mikkelsen by the edge of the track, Lindgren appeared to slump onto the handlebars of his bike and seemed to have been knocked unconscious. He proceeded to crash into the barrier and was subsequently sent flying off of his bike and yet somehow, he managed to get up and walk away unscathed.

Lindgren posted the following update on social media after he was released from hospital.

“CRASHED OUT | A high speed crash ended my night in Vojens at the semifinal stages of the Danish SGP. I got released from hospital late last night after a full check up. No broken bones just battered and bruised. I feel I had a Guardian Angel by my side and am grateful I didn’t sustained any serious injury. Thank you all for your messages and your concerns over my health.”

While the veteran may have sustained a few bumps and bruises it doesn’t look like he picked up any serious injuries in a miraculous turn of events.

After the incident there’s one thing is for sure – speedway isn’t a sport for the light-hearted.