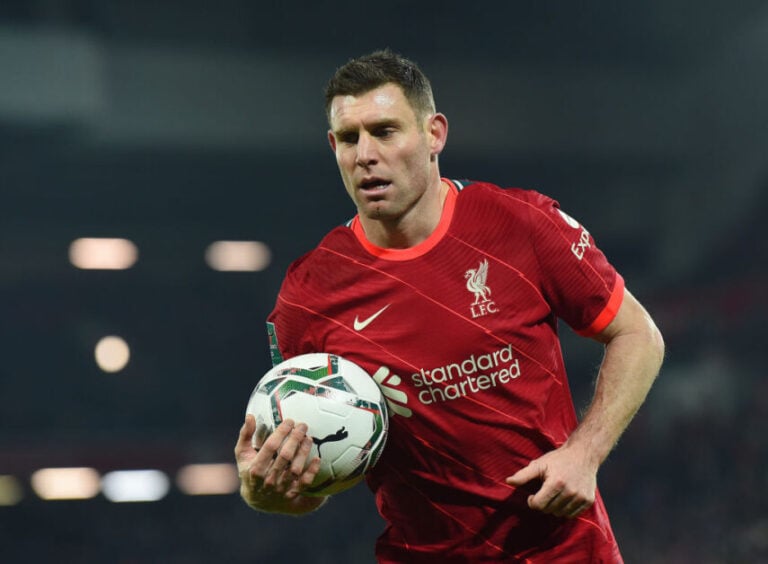 The Carabao Cup quarter-final round provided fans with dominating performances, tightly contested matches and even a penalty shoot-out.

Over the last two days, the final eight teams in the tournament battled it out for a coveted place in the semi-finals.

In the most dramatic game of the last eight, Liverpool edged out Leicester City following a nail-biting penalty shoot-out.

The Reds couldn’t have had a worse start. Jamie Vardy found the back of the net twice within thirteen minutes to put the away side into a commanding lead. But the Anfield faithful soon had something to cheer about as Alex Oxlade Chamberlain fired the ball straight past a helpless Kasper Schmeichel with laser-like precision.

However, their momentum didn’t last for long as James Madison scored one of the best goals in recent Carabao Cup history. He smashed the ball home from outside the box so hard that Caoimhín Kelleher had no chance of stopping it.

With a two-goal advantage, ‘The Foxes’ only had to maintain their lead, but that’s easier said than done against Liverpool. With just over twenty minutes to go, Diogo Jota gave home fans a glimmer of hope as he reduced the deficit to one.

Then, in the 95th minute, James Milner launched a perfect cross directly into the box and to the feet of Takumi Minamino. The forward hammered the ball into the bottom corner to make it 3-3 in a superbly dramatic fashion.

With the teams level, it was time for a penalty shoot-out. Following incredible drama and missed spot-kicks from both sides, Jota slotted home a beautiful finish to put Liverpool into the next round.

Who will they play next?

Following their miraculous Carabao Cup quarter-final victory, which had shades of their greatest night in Istanbul, ‘The Reds’ have now booked a place in the semi-finals against Arsenal.

‘The Gunners’ may have had a tough start to the season. However, despite questions surrounding the club’s mentality, Mikel Arteta’s men seem to be growing in confidence.

After a few weeks of the campaign, the London club embarrassingly found themselves at the bottom of the Premier League table. But they’ve now clawed their way into the Champions League places.

In addition, they may feel like this tournament is theirs to lose following a fantastic showing against Sunderland. They dominated the North-East side 5-1 to secure their date against Liverpool.

The Gunners looked dangerous in front of goal throughout the entire game. Eddie Nketiah bagged an incredible hattrick whilst Nicolas Pepe and Charlie Patino also secured their places on the scoresheet.

What happened in the other Carabao Cup quarter-final fixtures

On the other half of the bracket, Chelsea eliminated Brentford following a relatively tight affair. The game looked destined to end level. Then, with ten minutes to go, Pontus Jansson put the ball into the back of his own net to give Chelsea the lead.

Things went from bad to worse for ‘The Bees’ as goalkeeper Álvaro Fernández fouled Christian Pulisic in the box to give Chelsea a penalty kick. Jorginho slotted home in a composed manner to send his team through to the next round.

‘The Blues’ face Tottenham in a colossal grudge match. Last night, a resilient Spurs side saw off a determined West Ham to bag their place in the last four.

The Antonio Conte era is picking up pace, making what comes next compelling. Will he mastermind a victory over his old side? We can’t wait to find out.

The Carabao Cup quarter-final round was excellent. But the next stage of the tournament is set to provide just as many thrills and spills. Therefore, fans must tune in on January 4 to see which two sides can earn their place at Wembley.

Make sure to check out the EFL’s official website for ticketing details and more ways you can follow your team in the semi-finals and beyond.