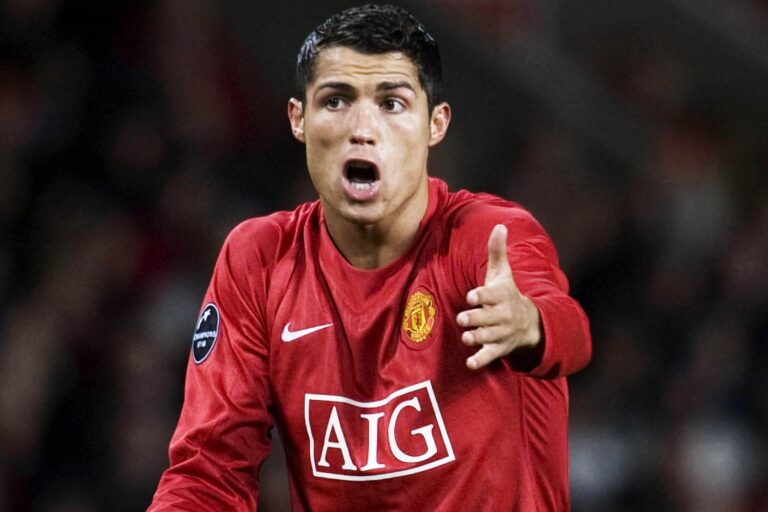 Well, it appears as if the end of days are here – because Cristiano Ronaldo is seemingly on the verge of joining Manchester City.

The Juventus star has made it crystal clear to the Italian giants that he wants to leave the club with immediate effect and in turn, City are now in talks to sign the former Manchester United man in what would cement this as the most dramatic summer transfer window in recent memory.

It goes without saying that the United faithful would be somewhat heartbroken by such a decision, and if it happens, we’re expecting them to follow the five stages of grief that comes with such a ‘betrayal’.

Cristiano Ronaldo spent six years of his career at Old Trafford and in that time, he transformed into one of the greatest footballers in the history of the game. He clearly held a strong affection for the club long after his departure and the idea that he could make his way over to the blue half of Manchester is even more incomprehensible than Lionel Messi leaving Barca – and that’s saying something.

“How could he?” will become a popular expression within the Red Devils’ fanbase as old shirts are burned and legacies are “destroyed”. We all know that money plays a key role in decisions such as these and if the rumours are true, and Ronaldo turns up in that light blue strip within the next few days, we aren’t exaggerating when suggesting there could be legitimate riots that take place.

Every single United supporter on the face of the planet would still jump at the chance to see Cristiano Ronaldo compete for their club once again and they’ll be hoping and praying it can happen. Some have said CR7 has actually been offered to them as well as City, and if that’s the case, a last minute push to try and steal him away could be the last Hail Mary in this saga.

Cristiano signs on the dotted line, City start winning games for fun and he quickly becomes the sweetheart of the Etihad. Meanwhile, Ole Gunnar Solskjaer has to try and push on under the knowledge that their local rivals, in addition to Chelsea and Liverpool, are all flying high behind a huge surge of momentum.

It’s okay to let the sadness in from time to time and in this instance, it’s probably warranted.

There’s no one player bigger than the club and that’s especially true of Manchester United.

Cristiano Ronaldo was a hero for what he did under Sir Alex Ferguson’s leadership but it’s been well over a decade now since he left. The new era is here and instead of crying about it, United should have their eyes firmly fixed on revenge when derby day rolls around on November 6.