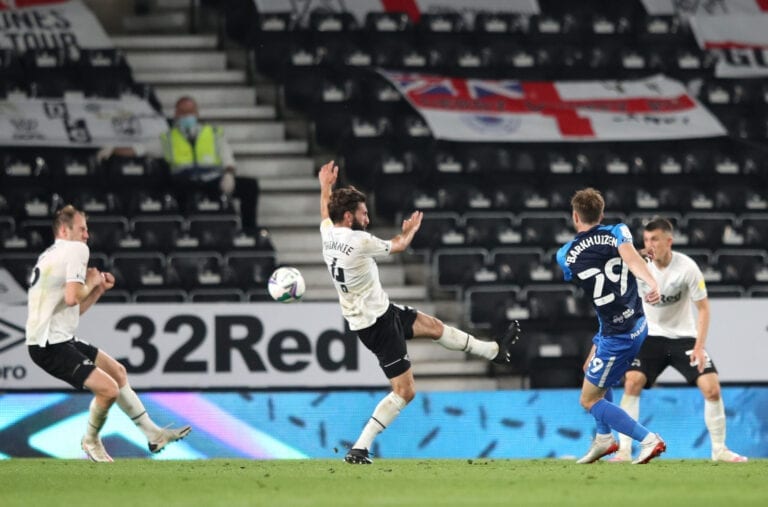 The Carabao Cup final takes place this weekend, with Tottenham Hotspur taking on Manchester City at Wembley on Sunday.

It has been a week in which some eyes have turned away from one of the season’s showpiece events, given the chaos surrounding the Super League.

The Carabao Cup has seen some great action this season, including some blockbuster goals in each of its rounds.

Let’s take a look at five of the best goals scored in this season’s competition:

Round one of the competition was the first competitive game of the season for EFL sides. League One Plymouth Argyle started it with a bang, defeating Championship side Queens Park Rangers at Home Park.

Their third goal won goal of the round. Arriving at the back post, Frank Nouble got on the edge of a superb cross to volley the ball beyond goalkeeper Joe Lumley.

After beating Mansfield Town in Round One, Preston North End defeated 10-man Derby County at Pride Park to progress and face Premier League opposition in Brighton.

Despite going behind to Jason Knight’s close-range finish, North End equalised through a goal of the season contender from Tom Barkhuizen.

Darnell Fisher headed the ball across to the 27-year-old, who struck the ball sweetly on the half-volley past the reach of Kelle Roos and into the net via the crossbar.

One of two Brentford representatives on this list, Emiliano Marcondes scored one of the finest goals of this season’s Carabao Cup against West Brom in round three.

With his back to goal, the Danish youth international produced an inch-perfect bicycle kick. It whistled past David Button and into the back of the net.

The Bees progressed after a penalty shootout, with the final score 2-2 in normal time.

Said Benrahma’s second goal in Brentford’s 3-0 victory over Fulham would prove to be his last for the club before his move to West Ham – but what a goal to sign off on.

The Algerian turned brilliantly beyond Michael Hector before calmly placing the ball into the bottom corner from 25 yards. Superb.

Ben Davies doesn’t score many – he actually hadn’t scored a goal in any competition for three years before this one.

But his strike in Spurs’s 3-1 victory over Stoke in the quarter-finals was one to remember.

Picking the ball up around 35 yards out, he took a lengthy touch before hammering the ball into the bottom corner with his left foot.