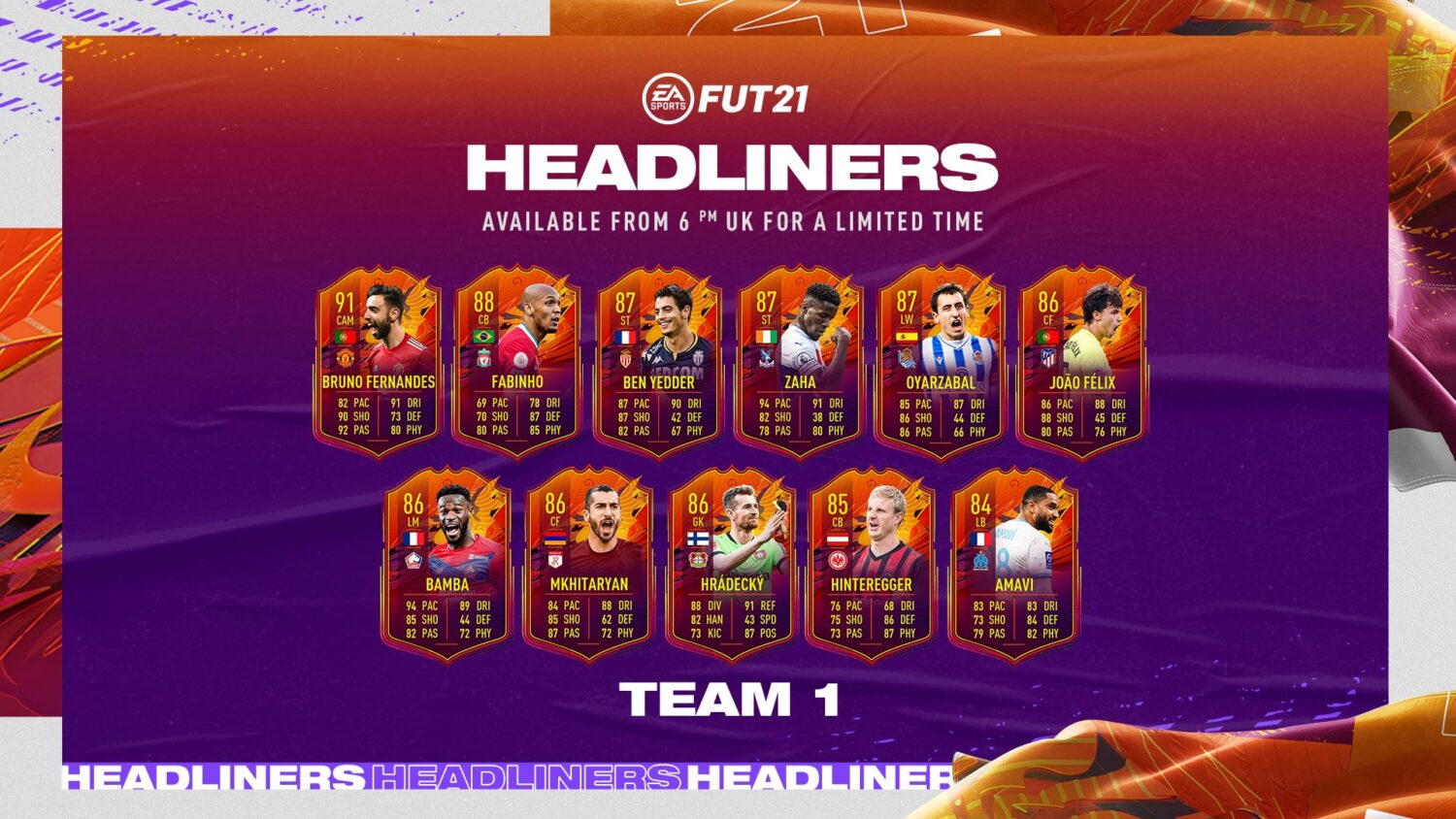 The FUT Headliners event is one of the most exciting FIFA promos of the year.

A selected group of players have been given dynamic player cards that can improve based on the form in real life.

The headliner cards are always one rating better than an any other inform or special card they receive that this point of the game. The card can get a onetime permanent upgrade if the team they play for can win four back-to-back games before the end of the season. This upgrade will keep the headliners card with a rating increase of two on any of their other FUT cards .

This year has seen some top-quality cards that you should try get your hands on in ultimate team.

The Crystal Palace winger has been fantastic this season. He has 8 goals and two assists from 15 games this term and most definitely deserves a headliner card.

Zaha is a brilliant attacking option with his top stats 94 dribbling and 91 agility being a crucial part of the game. The Ivorian is also very quick with a pace rating of 94 overall. All this accompanied with his 5-star skills would make him a great addition to you FUT club.

If Crystal Palace can put a good winning run together as the season goes on, then this Zaha card would become unbelievable.

Be sure to scan the market for the best price on Zaha.

Wissam Ben Yedder was the cause of many a smashed controller in last years game. The French men will go down as one of the most overpowered players in FIFA history thanks to his 4-star skills and 5-star weak foot.

He has received the special card after another good season so far. The 30-year-old has 11 goal contributions in Ligue 1.

The Monaco man’s headliner card looks frightening and will strike fear into any FIFA player who is unfortunate to face him. He has brilliant shooting, dribbling and pace already and another upgrade would make him almost impossible to defend against.

Ben Yedder is currently very expensive as he is valued at around 900,000 coins.

Bruno Fernandes has been magnificent for Manchester United since he arrived at the club. His influence has spurred the team on to joint top of the Prem at the start of this year.

Fernandes has produced utterly brilliant stats since he joined United. The Portuguese midfielder has scored 19 goals and set up 14 goals in just 30 games.

His great form and talismanic performance have been reflected in his headliners card. Bruno does not have a single base stat rated under 70. With 90+ on stats for shooting, passing, and dribbling he is one of the best cards currently in the game.

If you want to get your hands-on Fernandes then you will have to save up as he costs a staggering 2,000,000 coins at the moment.

What do you think of team 1 of the headliner’s promo? Let us know @sporf on Twitter.