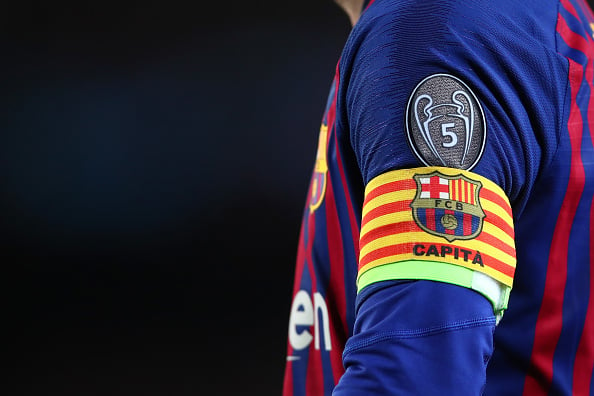 Ever since the infamous Bosman ruling of 1995, this has become a regular occurrence in the game.

The 26-year-old Polish striker would be a great coup for any teams struggling in front of goals. Milik has 114 career goals in 271 games.

His most prolific spell came in Holland with Ajax. Milik managed to get 47 goals in just 75 games for the club.

This was enough to earn him a move to Italian club Napoli where he has averaged a goals every two and a half games.

He has not featured at all this campaign after falling out with the club.

He was linked with moves to the Premier League, after being linked to Spurs in the summer, but any possible moves fell through, this has seen him froze out at Napoli.

Many clubs will be monitoring the situation closely as landing him for free could be an absolute bargain for anyone.

Memphis Depay has rediscovered his best form while in France. Since joining Lyon from Manchester United, he has contributed 109 goals for the French side.

Depay has also matured into a more consistent player in France. He has also picked up experience playing in Europe.

In last seasons Champions League he scored six goals in eight appearances as Lyon made it to the semi-finals.

The Dutchman has also impressed this season eight goals and four assists.

Depay is a skilful player who operates on the left wing, he has also shown that he can play as striker.

Depay could be a possible target for Barcelona as Ronald Koeman, who managed him while in charge of the Netherlands, highly rates the attacker.

Getting Depay on a free would be a great piece of business for any club as according to TransferMarkt the Dutchman is valued at £40 million pounds.

Gini Wijnaldum has played a vital part of Liverpool successes over the past few seasons. The Dutch midfielder has made 206 appearances since joining in 2016.

Wijnaldum’s energy, work rate and ball retention, have made him the perfect player for Jurgen Klopp’s system.

Although he has is not very prolific in terms of goals for Liverpool, the midfielder scored a crucial brace in Liverpool’s Champions League comeback against Barcelona.

Issues with the length of the contract have held up talks, as the 30-year-old is hoping for a longer contract then he is being offered by Liverpool.

Barcelona expressed interest back in the Summer and will no doubt be in touch as Wjnaldum approaches his contract expiry.

David Alaba has been a brilliant player for Bayern Munich. The Austrian made his debut back in 2009 and has made over 400 appearances for Bayern.

Alaba has been regarded as one of World’s best lefts backs for a long time, more recently he has been moved to play at centre back.

Alaba was an important part of Bayern Munich’s treble wining season last year. The defender has won an unbelievable number of trophies with Bayern including two Champions League titles.

The versatility of the Austrian could make him useful to any of the top teams in Europe. He is comfortable as a centre back, full back or even centre midfield.

He also showcased his attacking quality while playing at left back for Bayern, he has 32 goals and 49 assists at the club.

Three clubs that look to be interested in Alaba. Premier League rivals Manchester City and Liverpool have both expressed interest in the Austrian. It seems that Real Madrid leading the way as it stands.

At 28, Alaba, has a lot to offer anyone he joins if he leaves Bayern for free this summer.

After the transfer saga that was the main story for most of the summer, it looks as if Lionel Messi could leave Barcelona after this season.

This would have been unthinkable a few years ago but after years of Champions League heart break, it looks like Messi wants to quit the Nou Camp.

The six-time Ballon D’or winner has won it all at club level, including four Champions Leagues.

He recently broke Pele’s record for most goals at one club with 644 goals for Barcelona.

At 33, Messi is still arguably the best player on the planet and has not shown signs of slowing down this season. The Argentinian has 15 goal contributions in 18 games this season.

The question is who would be able to afford to take Messi on after his contract expiry. Manchester City and PSG are the obvious answers, but Messi recently hinted he may be heading over to America.