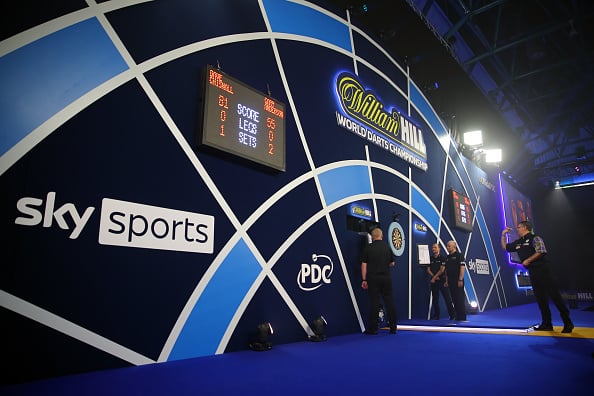 The finale of the PDC Darts World Championships takes place tonight at the Alexandra Palace. Gary Anderson will face off against Gerwyn Price in a match that holds fierce rivalry.

The match is sure bring the plenty of 180’s, high checkouts and much more as two of the best go head-to-head for Dart’s biggest prize.

Price has been involved in some enthralling games on his way to the final and has been in a last set decider on two occasions.

Anderson has improved as the tournament has gone on and managed to escape a scare against Mesur Sulijovic in round two.

It is so hard to pick a winner for this final and it should be a highly entertaining night from the Ally Pally.

Here are 4 reasons why you should not miss tonight’s action.

The two finalists are the not the best of friends as they have very different darting philosophies. Price has stood out since his rise through the sport with his entertaining loud style. Anderson on the other hand is far less eccentric on the stage.

This clash of styles has caused problems before as the pair had a back and forth when they faced off in the 2018 Grand Slam final.

This fiery competition the pair have will no doubt make them even more motivated to win the Sid Waddell trophy tonight.

A 3rd for Anderson or a 1st for Price

Gary Anderson could become the of the third man to win the PDC World Championships three times in a darts career (Phil Taylor – 14, Van Gerwen – 3). This would be a phenomenal achievement for the man from Scotland.

Gerwyn Price will be looking to win his first ever PDC World Championship final becoming the first Welshman to ever do so.

Price is coming into the event on better form after an astonishing performance against Stephen Bunting in the semi-final. But could Anderson’s experience at the big event play a vital part in the final.

The pair have hit a ridiculous 75 180s between them in the tournament so far. Anderson is averaging 6.6 maximums a game across the tournament compared the Price’s 8.4 180’s a match.

You can expect many more tonight as the pair up the ante in a bid to win the £500,000 prize fund.

The walk on tunes

We could not leave out the walk on songs as both players have cracking tunes for their ring entrance.

While the Iceman will fittingly walk in to ‘Ice Ice Baby’.

Be sure not to miss out on a night of great action at the arrows. Let us know who you will be the 2021 PDC World Championship champion @sporf on Twitter.