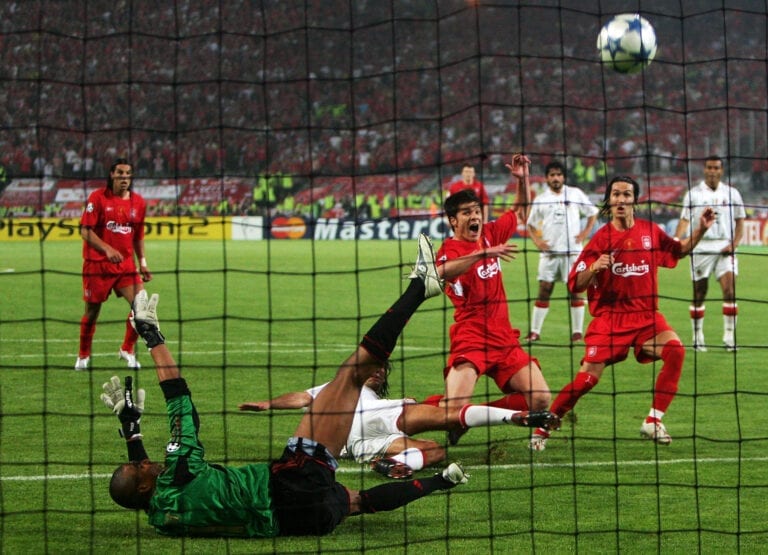 The Champions League provides us with thrilling, high-octane football every season.

From the group stage all the way to the final, there are always plenty of twists and turns as the world’s greatest players and teams face off.

The winner of the 2020/21 final between Manchester City and Chelsea earns around £16 million in prize money, and of course there is the famous Champions League trophy up for grabs.

With all that in mind, let’s take a look at some of the greatest Champions League finals from years gone by… 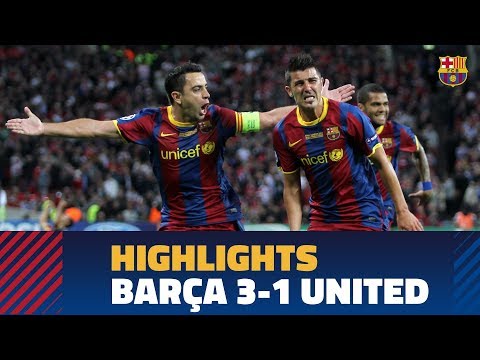 As far as spectacles go, this one arguably wasn’t the greatest in Champions League history. What made this final special, however, was the sheer class of a Barcelona side that will go down as one of the greatest in world football.

This was the last act, in terms of European finals, for the likes of Xavi, Carles Puyol and Victor Valdes. All three were La Masia graduates, and that’s perhaps another reason why this final was amongst the best.

Guardiola’s side was built on a core of talent from Barcelona’s youth academy, with seven of the starting XI in the 2011 final having come through the system,

Barca dominated for large parts of the match, dictating the play and allowing passmasters Xavi, Andres Iniesta and Sergio Busquets to do what they do best.

Then there was Lionel Messi. The Argentinian was superb on the night, scoring Barca’s second and earning the Man of the Match award.

Manchester United were in the game when Wayne Rooney equalised seven minutes after Pedro’s opener, but that was their only shot on target over the 90 minutes. Barca were unbeatable on the night, and David Villa’s 69th minute goal saw them claim the trophy with a 3-1 win.

At the height of the ‘Dream Team’ era, Johan Cruyff‘s Barcelona travelled to Athens to attempt to further cement their legacy.

Barca were favourites. They’d won LaLiga for four consecutive seasons prior to this final, and secured the first European Cup in their history in 1992. Now, in the second season of the newly-rebranded Champions League, they wanted to add a second.

AC Milan‘s squad had been crippled by a series of injuries of suspensions. Marco van Basten and Gianluigi Lentini were both on the treatment table, whilst Franco Baresi and Alessandro Costacurta both suspended.

But the Italian side, against the odds, destroyed their opponents. Forward Daniele Massaro scored twice in the first half, before Dejan Savicevic added a third on 47 minutes.

With the game already all but over, Marcel Desailly added a fourth on 58 minutes.

It was Milan’s fifth Champions League triumph, and the side would go on to claim the European Super Cup later that year. 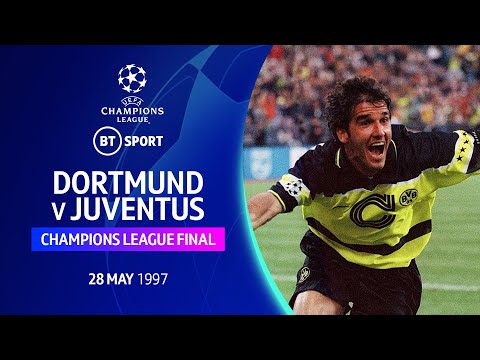 This final was set up for a potential fairytale story, with Borussia Dortmund featuring in their first Champions League at the home stadium of their rivals, Bayern Munich.

What stood in their way was a heavily fancied Juventus side. It was a star-studded line-up, featuring the likes of Zinedine Zidane, Christian Vieri and Didier Deschamps.

Going into half-time, however, it was Dortmund that had a two goal advantage. Karl-Heinz Riedle scored twice within five minutes.

Juve gave themselves hope when a young Alessandro Del Piero pulled one back on 65 minutes.

But then came the killer blow. Lars Ricken, having joined the action as a substitute just seconds earlier, charged through and chipped the ball exquisitely over the head of Juve ‘keeper Angelo Peruzzi.

The trophy was Dortmund’s – their first and only Champions League triumph to this day. 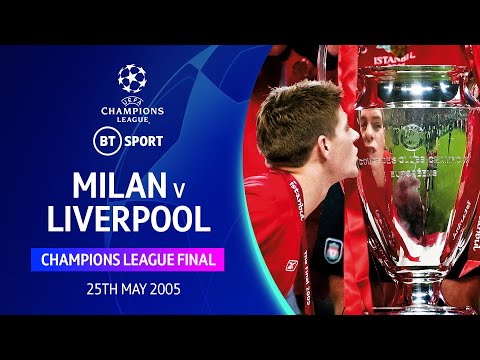 Liverpool somehow pulled off the unthinkable.

They were 1-0 down inside a minute when Paolo Maldini headed home from a free kick. By half-time, it was three, after Hernan Crespo scored twice within five minutes.

Liverpool boss Rafael Benitez made a critical change at the break, replacing Steve Finnan with Dietmar Hamann and moving to a three-at-the-back formation.

It worked. Gerrard gave them hope on 54 minutes as he barrelled in a strike from distance. Smicer would do likewise only two minutes later.

Then, on 60 minutes, they won a penalty. Xabi Alonso stepped up and missed it, but was quickest to the rebound and slid in to force the ball into the roof of the net. 3-3.

Extra time then passed without major incident, barring an incredible double save from Dudek to deny Shevchenko.

Those two names would be in the headlines later on. With the Ukrainian needing to score to keep Milan in the shoot-out, Dudek pulled off the save to write his own, and the entire Liverpool team’s names into the history books.