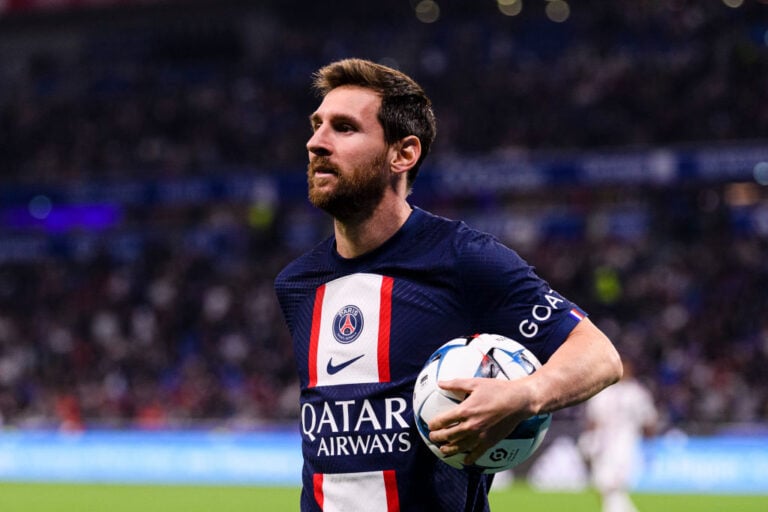 Lionel Messi has helped PSG to earn incredibly large sums of money since joining the Ligue 1 side.

The Argentinian star joined PSG in the summer of 2021. At the time, he reluctantly left Barcelona after their financial troubles meant he could not stay. He signed a three-year deal with the French club, which Sky Sports stated was worth £25 million per year. He also received a £25 million signing-on fee.

However, per Goal.com, this annual figure will rise in the coming seasons to £33 million a year. Messi, therefore, needs to return on this investment.

His first season in Paris was a mixed bag. Although PSG won the Ligue 1 title, they suffered an embarrassing loss to Real Madrid in the Champions League, exiting the competition at the last 16 stage. Messi also struggled to adapt to life in France.

During his first season at PSG, Lionel Messi registered 11 goals and 15 assists from 34 appearances in all competitions. Not bad numbers by any stretch of the imagination, but for Messi, a little underwhelming. His six league goals, in particular, felt a long way off his best.

The forward has bounced back at the start of this season, though. Messi has six goals and eight assists in just 11 appearances so far, and he looks much more in-form.

With a long season ahead, fans hope for the Argentine to have a great World Cup. Then, for his club, a strong run in the Champions League is absolutely vital.

Away from the pitch, Messi has had a profound impact on PSG’s finances.

According to Argentine publication El Economista, Lionel Messi has helped PSG earn roughly €700 million in the past year. He assisted them in achieving this via a number of avenues.

Firstly, per The Mirror, several new brands arrived at PSG as a result of Messi’s arrival. Companies such as Dior, Gorillas, Big Cola, Crypto.com, Sports Water, and others all became sponsors of the club. These new endorsements increased the French giants’ profit by 13%.

The Argentine maestro also heavily impacted shirt sales. Per Get Football News France, Lionel Messi-printed shirts make up 60% of all PSG jerseys sold. In 2021, the club sold over one million replica shirts worldwide which, per Marca, is a 30-40% increase.

Clearly, Lionel Messi’s impact commercially is benefitting his club just as much as his magic on the pitch.

This also extends into social media. In January 2022, PSG announced that they had reached the milestone of 150 million fans across their platforms. Les Parisiens’ massive growth online was the fastest of any sports club on social media. It was also a 50% increase on their totals from the previous year.

Undoubtedly, Messi’s arrival in 2021 significantly boosted this. Currently, the club’s Instagram stands at 62.8 million followers, with its Facebook page at over 46 million likes too. The reigning Ligue 1 champ’s various Twitter pages also contribute millions of followers to the total.

Overall, the impact that Lionel Messi has had on Les Parisiens is huge. Despite the high wage fees, the signing of the Argentinian clearly made for shrewd business.