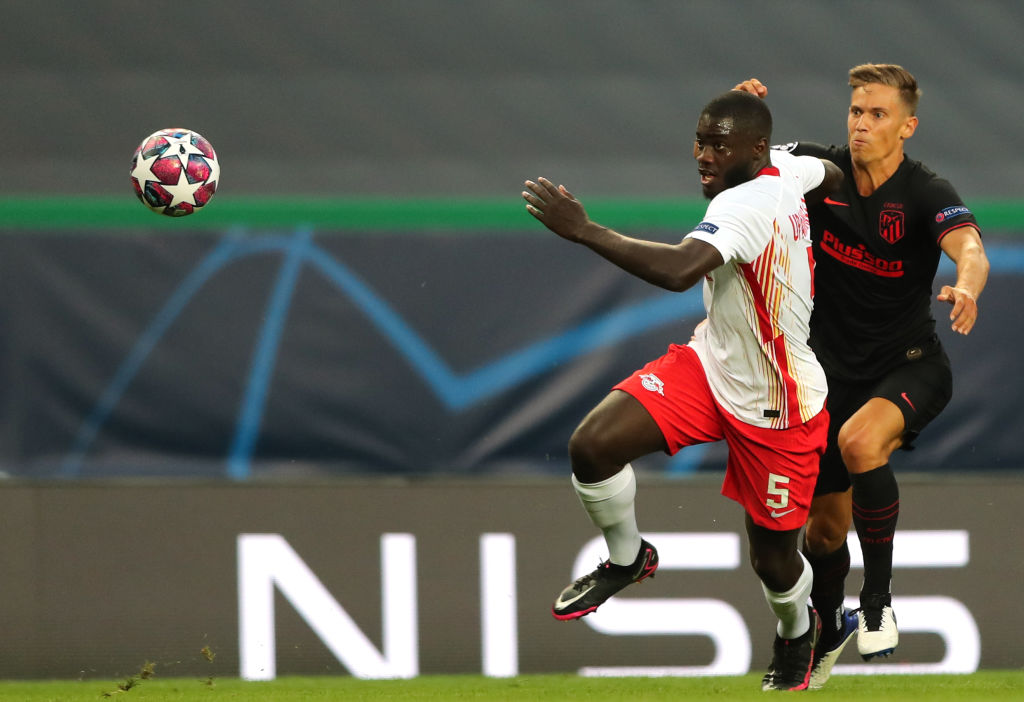 The hype surrounding Dayot Upamecano has been steadily growing for the last year, his showing against Atlético Madrid last night went a long way in proving there’s more substance to the reputation than many may have believed.

Before the game pundits had already penciled in a typical Simeone performance. A stubborn Atlético side would frustrate a relatively inexperienced Leipzig team before inevitably nicking a goal late on.

Shrugs off Diego Costa with ease before starting another attack ?

Dayot Upamecano was unstoppable this evening! ?

If you didn’t know much about him before, you do now…#Club2020 pic.twitter.com/n9JxVS6NxB

What none of that accounted for, was the Frenchman delivering one of the great individual Champions League performances in recent memory.

Pitted against Diego Costa, it could have been a much trickier evening for the defender. We’ve seen the most established defenders in the world struggle against the striker, though the 21-year-old made it look a breeze.

Not only was Upamecano faultless defensively, he proved vital in transitioning Leipzig from defence to attack. Totting up the joint most take ons in the match (3) is madness for any centre back, never mind one playing against one of the most infamously physical sides in a Champions League quarter final.

That set the tone for him leading the way in tackle success, clearances, and number of touches in a dominant display.

With Arsenal reportedly interested in prying him away from Germany for some time, it’s easy to see why. After last night it’s fair to assume others will be joining that race. Both Manchester sides, Chelsea, Madrid, Barcelona are all in the market to sure up their defences and Arsenal could be left kicking themselves for letting another big name slip by.

Leipzig on the other hand, will be relieved that their star man recently penned a new deal until 2023. You’d imagine then, that they’ll have his services for at least another season before inevitably parting ways.

With a tantalising semi-final now on the cards against PSG, Upamecano squaring up to Mbappé and Neymar is a spectacular prospect and a whole different kind of test for the youngster.

Fancy a free crate of beer to enjoy with the next round? We’ve teamed up with Beer52 to offer our readers a free trial case, click here to grab yours.