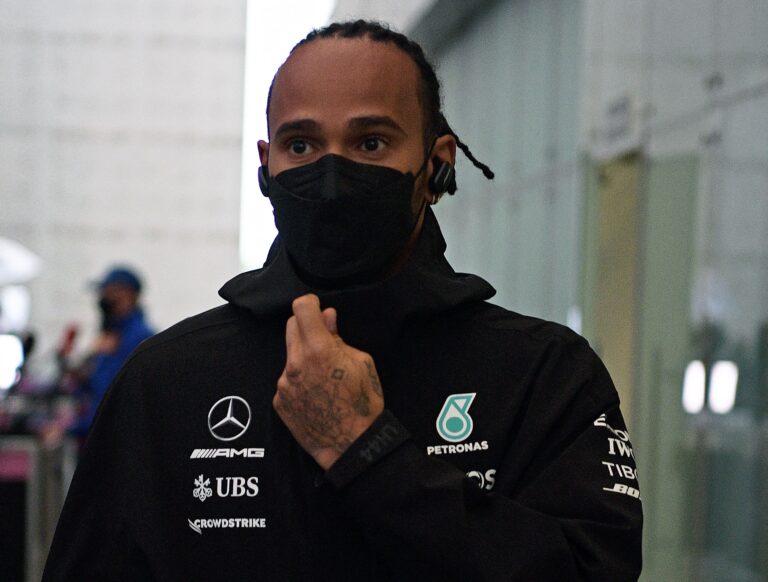 This week, Lewis Hamilton has unveiled a special tribute helmet to Formula 1 legend Ayrton Senna ahead of the Brazilian Grand Prix.

Senna won two races at the Autodromo Jose Carlos Pace circuit, which hosts this weekend’s race. The Brazilian, a three-time Formula 1 world champion, lost his life in a crash at the 1994 San Marino Grand Prix at Imola.

Let’s take a look at how Hamilton has paid tribute to Senna and the meaning behind the helmet he will wear this weekend:

What is the meaning behind Hamilton’s Senna-inspired helmet?

Hamilton’s helmet features yellow and green colours – the colours of the national flag of Brazil.

Via the official website of Ayrton Senna, it is said that the father of another Brazilian racer at the time insisted that each driver must have their country’s national colours on the helmets. Thus, Senna’s new helmet was born.

Senna wore the helmet throughout his time at all of his F1 teams, with slight variations.

Hamilton wrote a tribute to Senna on Twitter on the day the design was unveiled: “My greatest inspiration. It was the way he raced, his passion for life and for the sport.”

“But more than anything it was the way he faced alone a system that wasn’t always kind to him. May Ayrton Senna’s legacy live on forever, especially vibrant this weekend.”

What are the records of Senna and Hamilton in Formula 1?

All three of his title wins came with the McLaren team. In the 1988 season, he won eight races out of 16 – a career-high. He is considered to be one of the greatest drivers in the history of the sport.

Senna still holds several prominent records in F1. His record of most consecutive pole positions (eight) has yet to be beaten. He also won five straight races at Monaco, which is also unbroken.

Hamilton, meanwhile, is a record-equalling seven-time F1 world champion. He won his first title with McLaren – the team with which Senna was so successful – in 2008.

The Brit joined Mercedes in 2013. He has since won six more world titles and is chasing title number eight this season.

Hamilton holds the record for most career wins (100), most pole positions (101) and most races finished in the points (244), amongst many more.

What are the current F1 World Championship standings?

In the drivers’ standings, Hamilton goes into the Brazilian Grand Prix with a 19-point deficit to Max Verstappen.

This weekend sees the return of the sprint qualifying format. A driver can take home a maximum of 29 points instead of the usual 26.

A qualifying session will take place on Friday to determine the grid for the sprint race. It is a shorter version of the full Grand Prix.

The results of that race will determine the grid for the actual Grand Prix. That will take place on Sunday as usual.

The sprint race winner will earn three points. The second and third-placed finishers will earn two and one point, respectively.