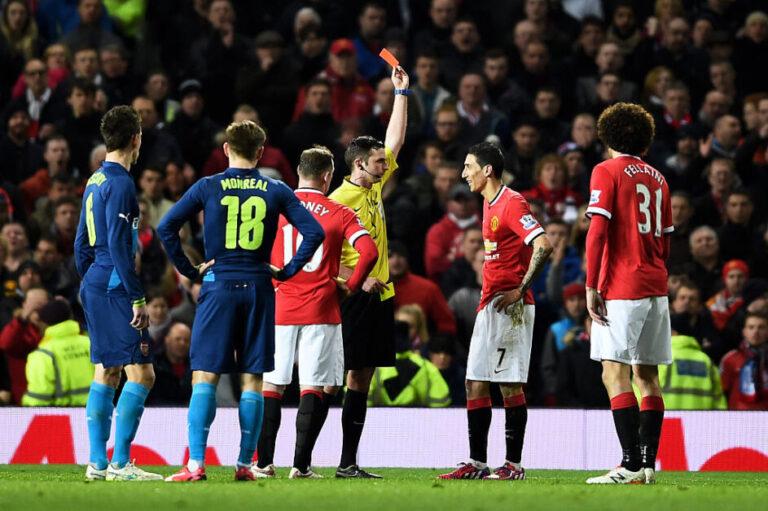 Angel Di Maria had a profoundly disappointing spell with Manchester United, and an open letter foreshadowed why it was never going to work out.

Over the last decade, ‘The Red Devils’ have broken the bank on multiple occasions to try and find the right squad to take them back to their glory days.

But despite bringing in the best of the best, their ambitious recruitment hasn’t resulted in much success. Alexis Sanchez and Radamel Falcao failed to impress at the Theatre of Dreams. Neither did Di Maria.

United fans were over the moon when the Argentine signed for their club in 2014. The winger had produced brilliance at Real Marid, and supporters expected him to do the same in England. But he never quite reached his potential at Old Trafford.

He moved to the Premier League club for a whopping £59.7 million. He was given the number seven shirt, and after bagging the club’s player of the month award for September, he looked likely to become another iconic wearer of the jersey.

But things started to go downhill soon after that. His form spiralled, and he agreed to leave the team after just a year in England.

Despite his evident potential, he couldn’t adapt to life in Manchester. This left fans puzzled, but perhaps this open letter will explain why things went so wrong.

It’s difficult to give your all to a club if your heart still lingers elsewhere, and unfortunately for United fans, this was the case for the forward. In an open letter to Madrid fans, the player revealed that he wished he was still at the Bernabeu.

Keep in mind, this letter was written before Di Maria had kicked a ball for United.

Di Maria said: “My cycle at Real Madrid has come to an end. It’s impossible to capture everything I’ve experienced here in a few lines, but I hope this letter communicates what I feel at the moment.

“I had the honour to wear this shirt for four years, and I feel nothing but pride for what I went through and achieved with my teammates.

“Unfortunately, I have to go, but I want to make clear that this was never my desire. Like anyone who works, I’ve always wanted to progress. After winning La Décima [Real’s 10th Champions League title], I went to the World Cup with the hope of receiving a gesture from the board, which never arrived.

“Many things and many lies were told. Someone may not like me. The only thing I asked for was something fair. There are many things that I value, and many of them have nothing to do with my salary. I hope to find them at Manchester United, one of the biggest clubs in the world. I’ve been lucky to play in a team with fantastic players who have been even better friends. I think that was the key to La Décima.

“I want to apologise for my mistakes, on and off the pitch. It was never my intention to hurt anyone. I sweated in every game I played in the [Madrid] shirt as if it were the last.