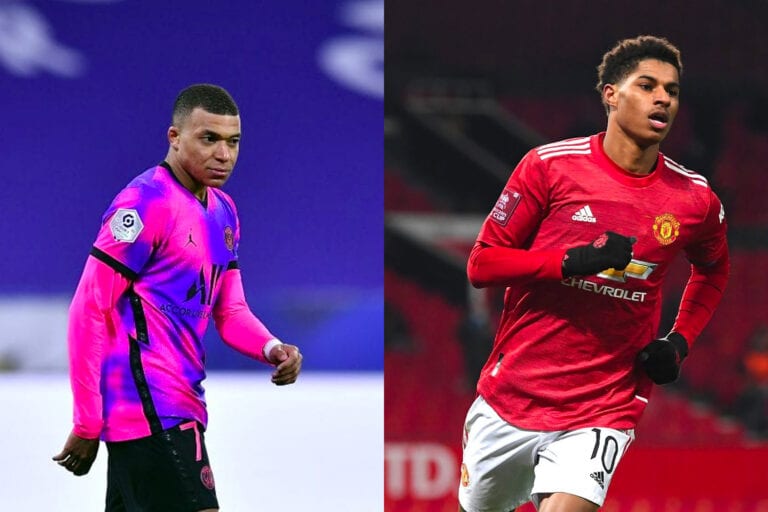 An algorithm developed by the CIES Football Observatory has calculated the top ten most valuable players in the world football.

The company have developed an algorithm which, in their words, “presents the top valued footballer from each of the 98 teams from the five major leagues, as well as the percentage that the value of the most expensive player represents out of the total estimated transfer value of his owner club.”

Marcus Rashford and Erling Haaland top the list, with both having an estimated value of between €150-200 million (around £129-172m).

Behind them are Atletico Madrid’s Joao Felix, Phil Foden of Manchester City and Paris Saint Germain’s Kylian Mbappe – all in the €120-150m range.

PSG signed Mbappe for an initial €145m in 2017 (including add-ons). They would therefore risk losing money should they ever sell him at the algorithm’s estimated value.

Arsenal’s Bukayo Saka also falls within the above two figures.

Barcelona midfielder Frenkie de Jong is also valued at €90-120m, and rounds out the top 10. The Dutch international – who can also play as a centre back – was signed by the Spanish side for an initial €75m fee from Ajax in the summer of 2019.

Percentage of club assets made up by one player

The algorithm also calculates the price of each club’s overall assets and the percentage of that figure that is made up by the club’s most expensive player.

LaLiga side Eibar top this ranking. The estimated value of midfielder Edu Exposito makes up 39.6% of their total assets.

Behind them are Burnley (Dwight McNeil, 35.3%). Schalke are positioned in third, with defender Ozan Kabak, currently on loan at Liverpool, worth 32.3% of the overall club assets.

Hammers boss David Moyes said earlier in March that he valued the England international at “far, far more” than £100m.

Ten most valuable players in the world