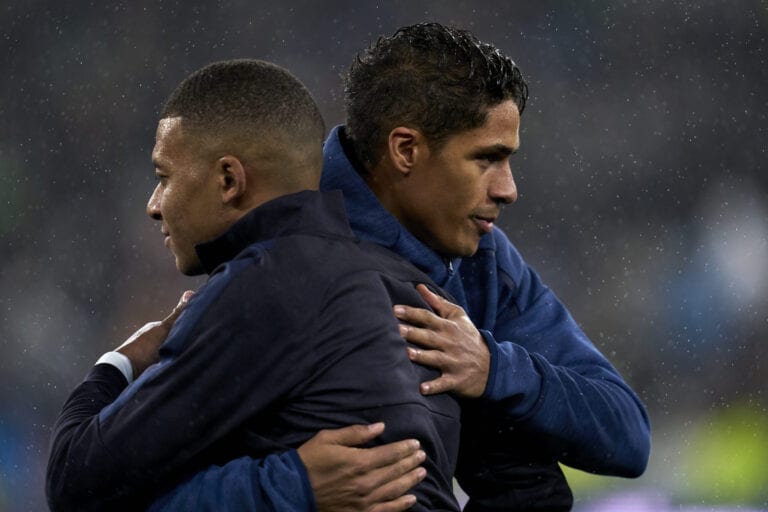 This summer will see the contracts of some of the world’s top footballers expire.

At the time of writing, those names include the likes of Lionel Messi, Sergio Aguero, David Alaba and Sergio Ramos. It could be one of the busiest free transfer markets we have ever seen.

But beyond the summer, which players will go into next season knowing they have a year left on their contracts, and who are the most valuable?

Who are the most valuable players with a year left on their contract?

According to Transfermarkt, the most valuable player with 12 months left on his contract is Paris Saint-Germain star Kylian Mbappe, who is worth £144 million.

PSG have offered the Frenchman a new contract, but Mbappe said earlier this month that he would wait until after Euro 2020 to decide on his future.

If he elects not to renew, would we see one of the world’s most valuable players run his deal down and leave on a free? Or would PSG elect to sell him to the highest bidder?

The second most valuable player whose contract is set to expire in 2022 is Barcelona starlet Ansu Fati (£72m).

The 18-year-old has spent the majority of this season injured due to a knee injury, but has impressed so far in a Barca shirt.

He scored four goals in seven LaLiga appearances before the injury, and has made four caps for the Spanish national team.

Also out of contract at the same point is his Barcelona team-mate Pedri (£63m), who has become a first-team regular under Ronald Koeman.

The 18-year-old has made 37 LaLiga appearances. He has impressed with his calmness on the ball and passing ability.

Real Madrid defender Raphael Varane (£63m) will be out of contract with the Spanish giants in 2022. The Frenchman has been linked with a move to the Premier League this summer.

Further down the list, the contract of Manchester United‘s Paul Pogba (£54m) is currently due to expire in 2022.

And there’s also Rennes starlet Eduardo Camavinga (£54m), who has reportedly already told his current club that he wishes to join Ligue 1 rivals PSG this summer.

There have also been rumours over the future of Cristiano Ronaldo (£45m). The Portuguese icon’s contract with Juventus contract also expires in the summer of 2022.