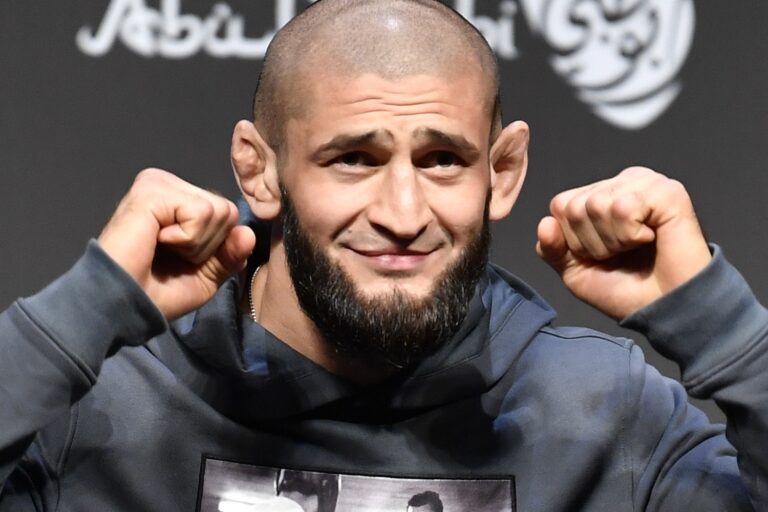 To become a star in mixed martial arts, you need to be special – and so far, Khamzat Chimaev fits the bill.

On the face of it, this is the tale of a Russian superstar who was groomed for greatness from a young age. After starting wrestling at the age of five, he quickly became a household name within the Chechen scene, thanks to a bronze medal at the Russian National Championships. Then, after eventually immigrating to Sweden, he won a series of Swedish titles in wrestling before kickstarting his MMA career in 2018.

It only took him six wins to arrive at the door of the UFC. When he got there, he kicked that door down with ruthless aggression, defeating John Phillips and Rhys McKee in a record-breaking span of just ten days. 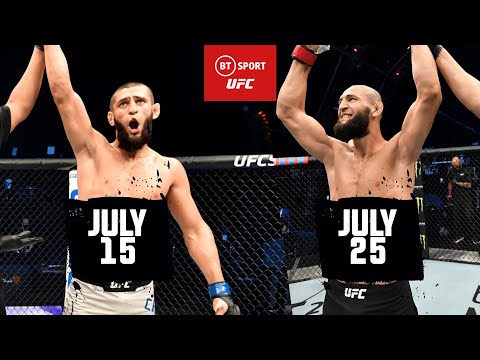 As it turns out, though, becoming known as the best of the best was only part of Khamzat’s motivation on Fight Island.

At the end of the Phillips/McKee demolition streak, we saw the mainstream media catch onto Chimaev pretty quickly. The majority of the interviews and quotes he provided were in English. As a result, there was a lot of bravado and confidence in his words. It was all about “smashing” his opponents and doing whatever it takes to win, somewhat resembling Thanos’ meticulous collection of the Infinity Stones.

Then, in a moment of purity, Chimaev spoke to UFC Russia about the tragic journey he’d had to endure.

“Now there is a mess in my head; my aunt died recently,” Chimaev revealed. “I had told my mom that I will be making big money soon. Mom said it’s a pity that now we have no money – but my aunt is no more. She is in paradise. I promised myself that I would always have money. I’m glad I’m fine now.”

Money is a motivating factor in MMA, but so is family. Khamzat Chimaev moved to Sweden with his mother, and no matter what, he wants to share the wealth and success he accumulates.

“Borz” is a nickname that translates to “wolf” – an animal that typically rules over its territory with an iron fist. Alas, they’ve got to go through adversity to get there, which is what happened to Chimaev when COVID-19 struck him down.

Towards the end of 2020, Chimaev’s bout with the virus saw a proposed meeting with Leon Edwards postponed twice. Dana White had revealed that lingering effects from his battle prevented Chimaev from competing. Then in March 2021, the superstar emotionally announced that he was to retire from active competition due to issues with his lungs.

This felt like the end of the road for someone who had all the tools required to be a champion one day. Despite the distractions, Chimaev knew that he wanted to climb to the top of the mountain. He had fought too hard for too long to let this get in his way, and seven months on from that social media declaration, Khamzat Chimaev submitted Li Jingliang and looked even more impressive than he did in his first three outings in the UFC.

There are bound to be questions about his backstory and how he’ll handle the championship rounds, and we understand that. However, in this instance, the focus is on a man with a dream who won’t let anyone tear it away.

You can like the guy or hate him, but Khamzat Chimaev is on a path towards destiny.