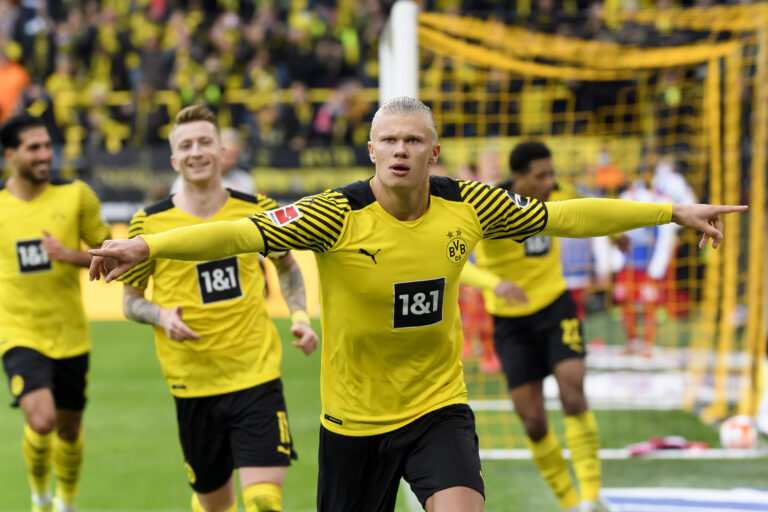 Across this week, SPORF has been looking at each of the 17 winners of football’s Golden Boy award.

Inaugurated in 2003, the award has been presented to a number of players who would go on to become stars of world football, including Lionel Messi, Wayne Rooney and Paul Pogba.

Today, we will be concluding the series by looking at the most recent winners of the prestigious award from between 2017 and 2020. To read our look at the winners from 2003 to 2016, click here.

When Kylian Mbappe broke through at Monaco towards the end of 2015, it quickly became clear that he was set for a bright future.

In his first full season in the senior team, Monaco won the Ligue 1 title, with Mbappe scoring 15 goals in 29 appearances. A further six goals came in the Champions League as the French outfit reached the quarter-finals.

A blockbuster move beckoned, and Mbappe joined Paris Saint-Germain initially on loan in 2017. After 21 goals in all competitions in 2017/18, the transfer was made permanent for around £166 million.

Mbappe has since reached new heights. He smashed in 33 Ligue 1 goals in 2018/19 at a rate higher than a goal a game, before passing 30 goals in all competitions in each of his last two seasons.

On the international stage, the forward played a major role in France‘s 2018 World Cup win. He scored four goals in the tournament, including one in the 4-2 victory over Croatia in the final, and was named both in the World Cup Dream Team and as the tournament’s best young player.

Wherever the 22-year-old’s career continues after this campaign, with his PSG contract due to expire and Real Madrid harbouring a keen interest, expect Mbappe to get even better.

When Matthijs de Ligt made his debut for Ajax in September 2016, he became the youngest goalscorer in the club’s history.

The records kept on arriving. He became the youngest player to ever play in a major European final when he lined up against Manchester United, aged just 17. The same year, he made his Netherlands senior debut.

In March 2018, the centre back became Ajax’s youngest ever captain, and guided them to a Champions League semi-final appearance in 2018/19. But for a late, late Lucas Moura winner for Tottenham Hotspur in the second leg, the Dutch side and de Ligt would have had an opportunity to win the Champions League for the first time since 1995.

The Dutchman left the club to join Juventus that summer. He has already won three trophies in Italy and established himself as a key part of the Italian giants’ backline.

Joao Felix’s rise to the top was meteoric. He had played just 26 senior games for Benfica before making an £113 million move to Atletico Madrid – but he’d already achieved plenty in a short time.

The comparisons were made to compatriot Cristiano Ronaldo early on. Felix netted 15 goals in 26 league appearances for his first professional club, lifting the Primeira Liga in his first season.

The forward then made the move to Atletico Madrid, and whilst he hasn’t always been a regular starter for Diego Simeone‘s side, the 21-year-old has produced plenty of magic so far. Against Liverpool this week, he successfully slalomed past several Reds defenders before producing an inch-perfect pass to strike partner Antoine Griezmann to score.

The son of former Manchester City midfielder Alf-Inge, Erling Haaland could have been playing for city rivals United right now had it not been for a timing error.

At that time, the Norwegian striker turned out for Molde, where he eventually left to join Austrian side RB Salzburg in January 2019. He smashed in an incredible 28 goals in 22 appearances in all competitions – including eight in European competition – in his first season. He also made headlines in May 2019 when he hit nine goals in one game during Norway U20s’ 12-0 win over Honduras at the U20 World Cup.

Top European clubs were quickly battling it out for his signature, with the Norwegian eventually joining Borussia Dortmund last January. The goalscoring has simply continued.

After scoring a brace against Sevilla in last season’s Champions League, he became the quickest player ever to reach 20 goals in the competition. In the Bundesliga, Haaland has struck 49 goals at a goal a game – including nine in just six appearances this season. Who knows how many he can go on to score in his career?