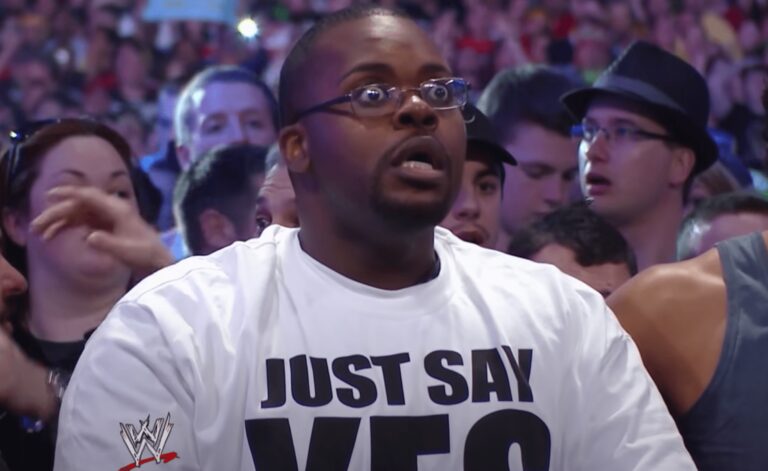 Brock Lesnar shocked the wrestling world at WrestleMania 30 when he broke the infamous streak of The Undertaker.

Year after year, ‘The Deadman’ arrived at ‘The Show of Shows’ and laid waste to all that came before him. Shawn Michaels, Triple H and Ric Flair were amongst those that tried and failed to beat him.

From 1992 to 2013, his streak remained intact at 21-0. And although Lesnar was a completely different beast to anything he had faced before, WWE fans still anticipated an Undertaker victory. After all, this was WrestleMania.

But WWE and Vince McMahon had other plans. Lesnar was the man chosen to end the streak. When he hit the third F5 of the match and pinned Undertaker, fans were stunned.

Read: How The Undertaker reacted to plans for Brock Lesnar to end his WrestleMania streak

How WWE fans reacted to Undertaker’s streak being broken

Immediately following Lesnar’s victory, WWE cameras cut to the crowd. They could not believe their eyes. Many thought that The Undertaker’s streak would never be broken.

The infamous photo of the post-match response that still gets shared on social media today is one of a fan looking beyond astonished, eyes wide open, at The Undertaker’s loss.

Then there was this fan, whose wrestling world had just come crashing down. Perhaps there isn’t a match in WWE history that has generated this kind of emotion.

The same can be said for this reaction.

The full range of feelings are shown in one photo. The fan on the left seems to have accepted the result, the fan on the right less so, and the fan in the middle looks bewildered.

Once Undertaker got to his feet, though, the mood changed. ‘The Phenom’ received a huge standing ovation from everyone in attendance, including commentators Michael Cole, Jerry Lawler and JBL.

And don’t forget about Paul Heyman. The WWE legend is known for his character work and exaggerated facial expressions, but this one perhaps tops the lot. The feeling of knowing one of your great friends has broken the streak.

Brock Lesnar breaking the streak of The Undertaker is a moment that went down in WWE history. It is still being talked about today, eight years on.

‘The Phenom’ would eventually lose at WrestleMania for a second time, suffering defeat at the hands of Roman Reigns in 2017. But it didn’t have the same impact on fans as the night of Brock Lesnar’s win.