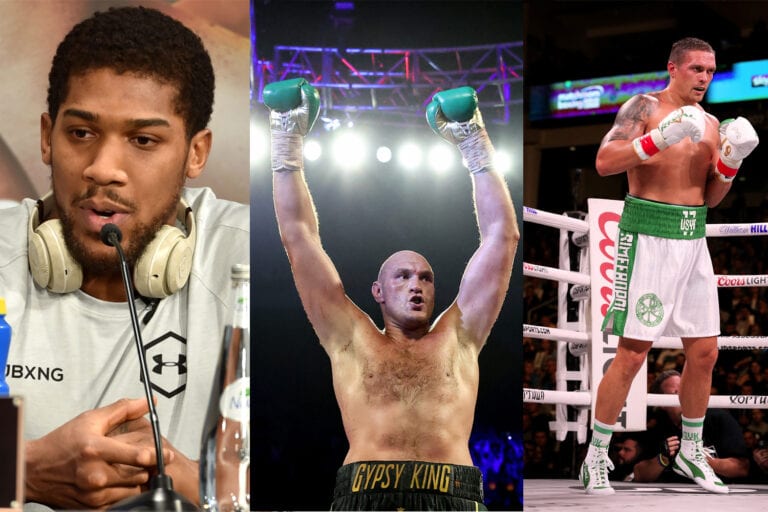 There appears to be a speed bump on the road to Anthony Joshua vs Tyson Fury – and his name is Oleksandr Usyk.

For weeks now we’ve been told AJ vs Fury is close to becoming a reality. From promoters to general whispers in the media, the boxing world is holding its breath in anticipation of an announcement.

Yet as is so often the case in this sport, there appears to be a problem.

Oleksandr Usyk, 18-0, is considered to be the mandatory challenger for Joshua’s WBO title. After talks emerged of Joshua vs Fury potentially being made, the back-up plan of Usyk vs Joe Joyce for the interim WBO belt was put into motion.

But as his promoter Alexander Krassyuk told Sky Sports, there are still some issues in play.

“If AJ vs Fury is not likely to happen this year or is rescheduled until the end of the year, AJ has to make a mandatory defence against Usyk unless he relinquishes the title,” Krassyuk said. 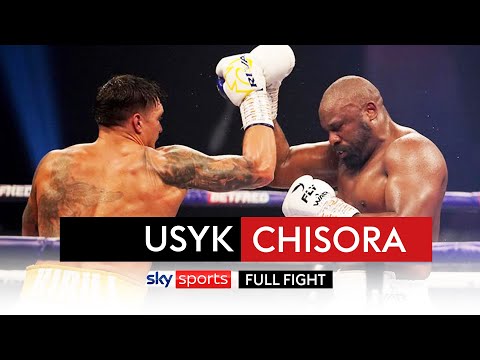 “The WBO has to gather strength and to make the courageous decision – to order AJ vs Usyk.

“And that will be the triumph of justice.

“Otherwise boxing will accelerate its decline in popularity due to unfair and preconceived politics.”

Krassyuk also made it clear that talks with Joyce’s camp aren’t going anywhere.

“Usyk cannot make any move as there’s no certainty around.

“Usyk is doing well, safe and sound, fit and working hard. And is ready to face whoever the WBO legally nominates.

“But my last conversation regarding Joyce took place in the middle of January. I talked to George Warren [part of Joyce’s promotional team]. Since that time, we have hardly moved anywhere.”

Should Usyk keep fighting his cause or should he step aside for the superfight?