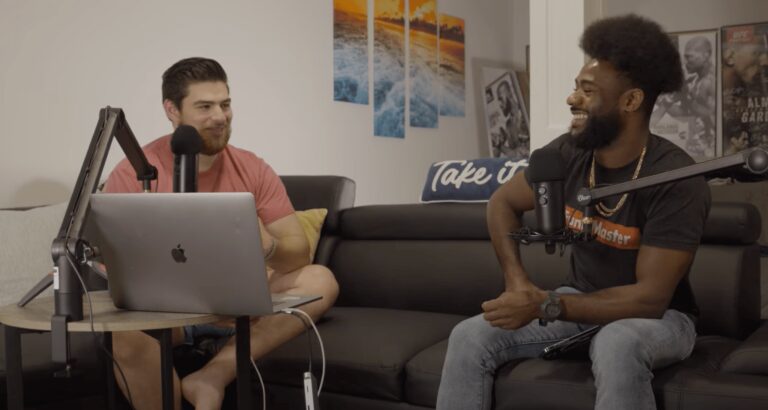 Granted, Tyson and Tommy Fury don’t look alike, but how Aljamain Sterling had got to this point without realising they’re brothers is insane.

This week, the circus between Jake Paul and the younger sibling of the WBC heavyweight champion has reached its most bizarre point yet. After the ex-Disney star finally agreed to VADA drug testing, Fury signed his end of the contract and the fight was announced for August 6.

This left fans in a state of euphoria. Despite the bout not being up to the standard of a world title collision, it’s still gathered a monumental amount of public interest. Paul has played the game superbly. His irritating antics have generated a monstrous amount of hatred from the boxing community, which has ultimately translated to huge PPV buys.

However, for the first time, he’s going into a contest as the bookie’s underdog, which makes this battle incredibly alluring. His rival has superior footwork and a far better understanding of the fundamentals. But his weakness for the right hand could be his undoing. Although sadly, another hurdle presented itself when Fury attempted to fly from London to New York for the press conference.

ESTA refused to let him fly, which has put the eagerly anticipated boxing match in jeopardy. Obviously, this is a dire situation for the 23-year-old to find himself in. A victory over Paul would allow him to step out of his brother’s shadow and become a main event attraction in his own right. Despite finding success on ITV 2’s Love Island, he’s yet to make waves in the ring. And perhaps that’s why the UFC bantamweight champion was unaware of any relation.

You’d have thought the surname would be a dead giveaway, but apparently not. During a recent edition of his podcast, ‘The Weekly Scraps’, the 125-pound MMA king refused to believe that Tyson and Tommy were [half] siblings.

He gasped: “Who’s his brother? [Tyson Fury] is Tommy Fury’s brother? There’s no f***ing way. Those guys don’t look nothing alike. Tommy Fury can’t lose to Jake Paul having his brother be Tyson, that would be wild.”

Sterling then gave a breakdown of the contest: “Tyson can box his ass off. I mean, I haven’t seen Tommy fight before. Now, this changes everything. It’s a good fight. Jake has been getting in the ring and getting that in [ring] experience even though it’s against Ben Askren and Tyron Woodley. I think there’s no substitute for the value of the time under those bright lights.

“The experience, the nerves, all that. I think that all comes with some type of value that you get. I think that’s the difference going into this fight. Whereas before, if you asked me about this, I’d be like ‘there’s no way [Jake Paul] wins this scrap, but now I’m like, ‘there’s actually a good chance he can win this.”