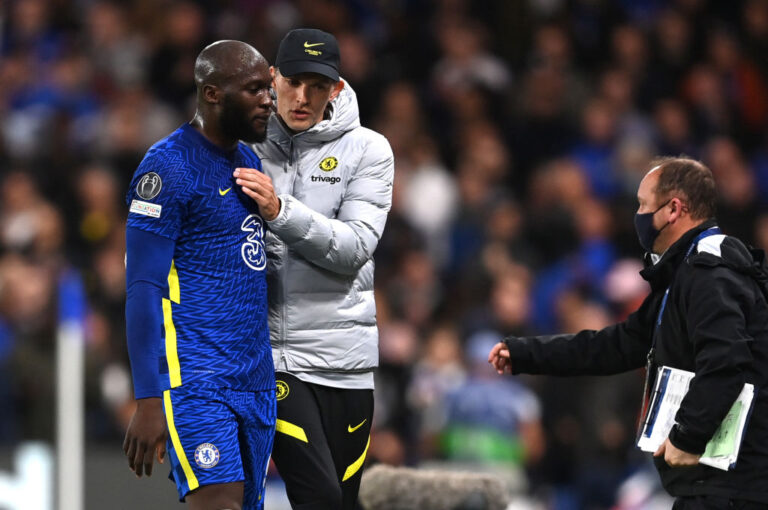 It is safe to say that Thomas Tuchel and Romelu Lukaku rarely saw eye-to-eye during their time working together. Before the Belgian’s exit to Inter, Tuchel apparently angered his now-former striker with a joke about Antonio Conte.

Lukaku is returning to Inter Milan on loan, just one year after his £97.5 million transfer from Inter to Chelsea. Sky Sports report that the Italian side will pay Chelsea a £6.9 million loan fee. Additionally, Inter will fork out an extra £3.5 million should they win Serie A next season.

As it stands, there is no obligation to buy at the end of the 12-month loan spell.

The Italian giants will also be paying Lukaku’s wages; he has reportedly taken a 30% pay cut as a result. Curiously, the Belgian has looked to return to Italy for a while now, with a number of factors contributing to his exit.

Why did Chelsea lose their record signing after one season?

At the start of 2021/22, everything was going according to plan. Lukaku had scored four goals in his first four games as Chelsea kept pace at the top of the league. However, injuries and a scoring drought de-railed the Belgian’s season.

Then, Romelu Lukaku put himself in the headlines for all the wrong reasons with an explosive interview for Sky Italia. In said interview, he revealed that he would have stayed with Inter Milan if they had offered him a new contract the previous summer.

Unsurprisingly, his comments irked Chelsea fans and did not put him in Tuchel’s good books either. After the interview came out, Thomas Tuchel dropped Lukaku from his matchday squad for their game against Liverpool.

The forward finished the season with 15 goals in 44 total appearances.

Now, details have recently emerged about another incident that further caused a rift between manager and player.

Chelsea correspondent Nizaar Kinsella revealed an apparent scene that occurred between Tuchel and Lukaku. Speaking on the Italian Football Podcast, Kinsella told of a passing comment that reportedly annoyed the Belgian striker.

“Somebody told me once that Tuchel and Lukaku were chatting watching a Spurs match,” he explained. “Tuchel then said, “There’s your daddy” about Antonio Conte [to Lukaku] as a joke.

“It did not go down well with Lukaku.”

Antonio Conte was the Belgian’s manager during his first stint at Inter, where they had a very good bond. With Lukaku leading the line, the pair won the Nerazurri’s first Scudetto for 11 years.

Although the alleged exchange seems innocuous, given Lukaku’s mixed feelings at the time it is unsurprising that he felt annoyed.

The relationship between the Chelsea boss and his player was strained on occasion; unfortunately, this joke may have done little to improve their rapport.

Howe and Conte favourites to replace Bruce at Newcastle