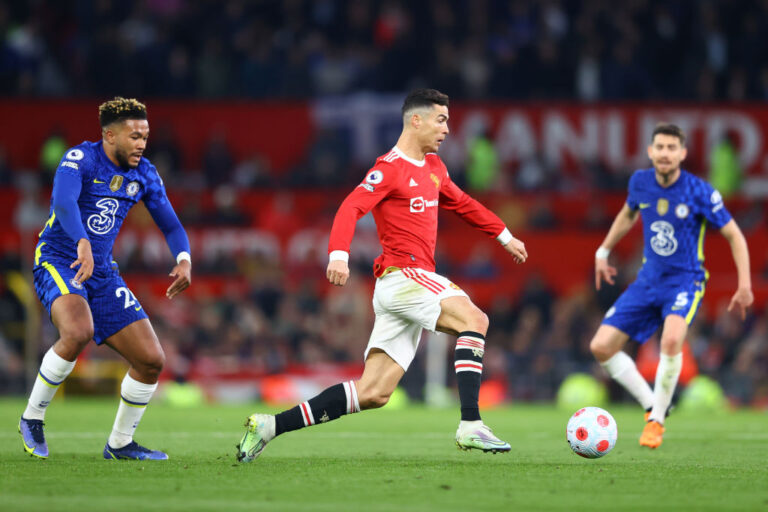 Despite Todd Boehly’s successful takeover in May, the Blues have had limited business in this summer transfer window. They granted Romelu Lukaku’s wish of returning to Italy, as he re-joined Inter Milan on loan.

Chelsea have not made a signing yet, but that should change soon. They are set to complete a deal for England winger Raheem Sterling worth up to £50 million. Pending a medical, the London side should be able to unveil Sterling as the first signing of the Todd Boehly era in the next few days.

The rumour mill has recently linked the Blues to an unlikely superstar. Reports suggest that Chelsea are looking to make a move for Manchester United No.7 Cristiano Ronaldo.

Chelsea in hunt for Cristiano Ronaldo

Speculation started after Ronaldo requested that United let him leave should they receive a reasonable offer. As a result, several of Europe’s top sides, including Chelsea, were on high alert over a potential deal.

Additionally, reports suggested that Chelsea had already laid the groundwork before Cristiano Ronaldo handed in his transfer request. At the end of June, The Athletic stated that new owner Todd Boehly had met Ronaldo’s agent, Jorge Mendes, to discuss a transfer.

Now, according to Sports Illustrated, the Blues are preparing a bid worth £14 million for the five-time Ballon d’Or winner. But this may not be enough for Man United, who say that Ronaldo is not for sale.

However, this will not stop Chelsea fans from dreaming, especially after Thomas Tuchel’s comments to some supporters.

Interacting with fans during Chelsea’s pre-season tour of the USA, the German manager looked in a positive mood as he signed autographs. The Blues are training in Los Angeles ahead of a set of games in Las Vegas, Charlotte, and Orlando.

Tuchel also got to have a laugh as one brave supporter asked for some transfer insight.

“Are we signing Cristiano Ronaldo?” Asked the fan cheekily (quotes via Reddit).

“I am not going to tell you.” Responded Tuchel, prompting laughter from the fans.

His cryptic remark, while humorous, did little to dampen the hype among fans that Ronaldo may swap Old Trafford for Stamford Bridge. However, the papers might.

Multiple outlets claim that the Chelsea boss has reservations over signing Cristiano Ronaldo. Tuchel wants his side to play with a fluid, dynamic attack line. Therefore, the manager feels Ronaldo’s presence may disrupt the style that he is trying so hard to create in Chelsea’s 3-4-2-1 formation.

A move to United’s Premier League rivals may hang on the desire of the owner to sign one of the all-time greats. There is still a long summer of news and rumours ahead, that is for sure.