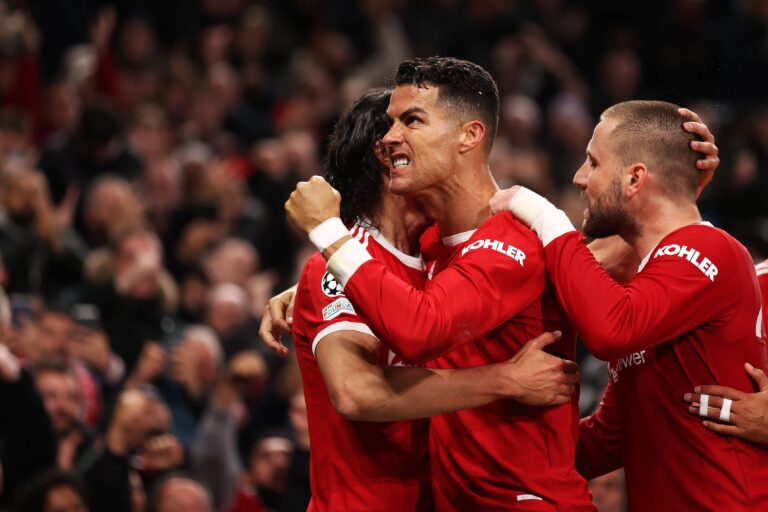 Another exciting week of Champions League action has now been and gone, with plenty of thrills and spills along the way.

There were wins for all four English clubs in the competition, with three of those clubs now topping their respective groups.

Over the 16 games played, a huge total of 59 goals were scored – nearly four per game. The highest scoring game of the week saw Manchester City defeat Club Brugge 5-1 in Belgium.

With all that said, let’s take a look at the three main takeaways from matchday three of the 2021/22 Champions League:

Manchester United‘s 3-2 victory over Atalanta saw Cristiano Ronaldo do what he always does – score winning goals.

The Bergamo-based outfit were always going to cause United plenty of problems, and they did exactly that. They were 2-0 up inside 30 minutes through Mario Pasalic and Merih Demiral.

Ole Gunnar Solskjaer‘s side, however, sprung into gear in the second half in spectacular fashion, with Marcus Rashford, Harry Maguire and then Ronaldo completing a superb comeback.

In those 45 minutes, United showed what they are capable of. With Liverpool coming up on Sunday, they need to make it count over the entire 90.

Ajax back up impressive start

Is it too optimistic to say that Ajax could be genuine Champions League contenders this season? Their near-faultless 4-0 win over Borussia Dortmund on Tuesday says otherwise.

In a result that maintained their 100% record in this season’s competition, Eric ten Hag’s side were unstoppable. They have a striker, in Sebastien Haller, that has struck six goals in just three European appearances. In the likes of Ryan Gravenberch, Antony and Jurrien Timber, they have young talent that have proven they can take on the very best. And, crucially, they have a manager and a style of football that seemingly can go toe to toe with some of the best in Europe.

One more win in this year’s group stage will be enough for Ajax to progress – how far can they go?

15 years ago, if you’d predicted AC Milan and Barcelona to fail to get out of the Champions League group stage, you would have certainly got long odds.

But with Milan without a point in the 2021/22 competition – and games against Liverpool and Atletico Madrid to come – they face an uphill task to progress.

Barcelona, you feel, may just sneak into the last 16 with a home victory against Benfica. Their 1-0 win over Dynamo Kiev wasn’t completely convincing, but they got the job done. That was all that was really required after consecutive defeats to Bayern Munich and Benfica.

The current team is not the Barcelona of old. But it is still Barcelona. And, on the big stage, that means there’s always some hope.